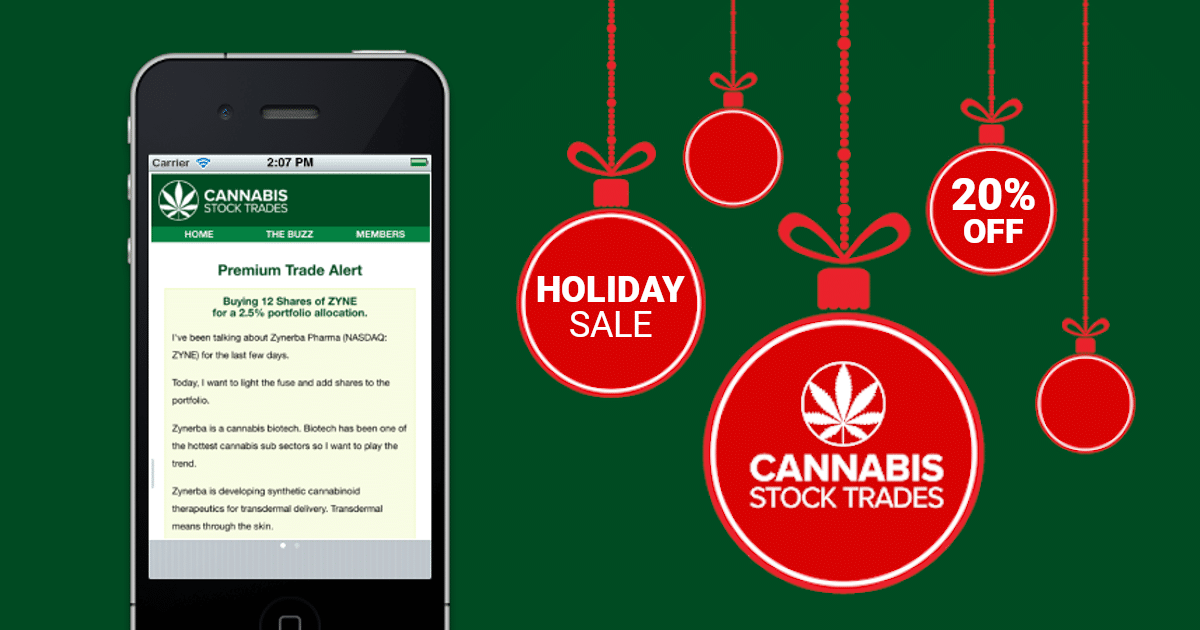 If you’re looking for a growth stock that is priced like a value stock, then it’s time to check out my #1 cannabis stock for 2022.

With shares trading at a deep discount to sales growth, this stock is in position for a big rebound in 2022. That’s why this is my #1 cannabis stock for 2022.

Verano Holdings, Inc. (CSE: VRNO, OTC: VRNOF) was founded in 2014 and has quickly grown into one of the five largest cannabis companies in the U.S. with a market value of around $3 billion.

Headquartered in Chicago, Illinois, Verano has an impressive portfolio of cannabis permits, production facilities, and dispensaries. 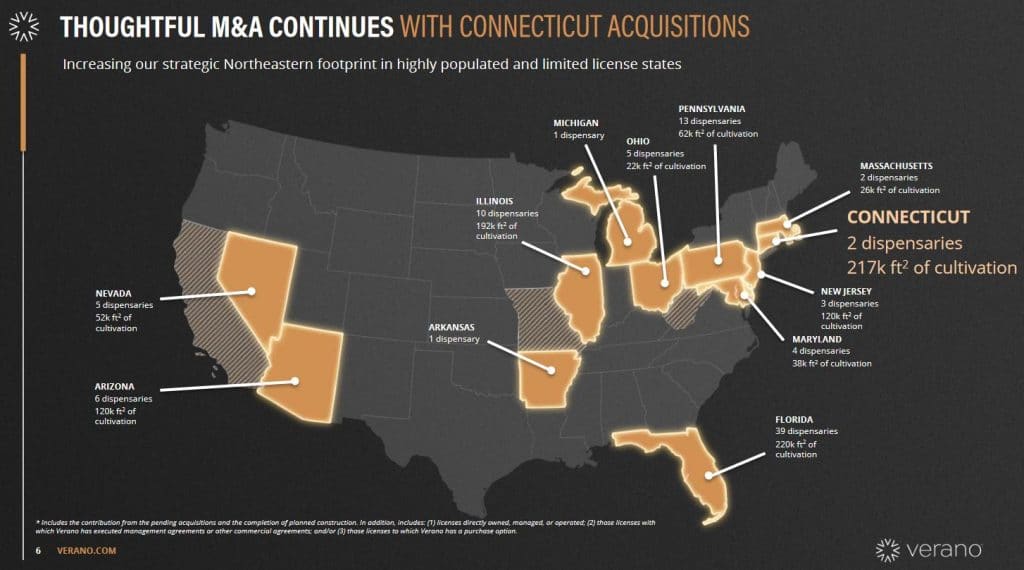 With this impressive portfolio of cannabis assets, Verano has been delivering big-time sales growth.

Third-quarter results from mid-November showed huge revenue gains from last year. Verano also delivered a profit, another indicator of the company’s financial strength. Here are some more details from Verano.

Despite the impressive results, Verano shares have been crushed in 2021. Verano began trading on the Canadian Stock Exchange in February and shares are down 52% since then. Take a look at the 2021 chart below.

I see two reasons shares fell so much in 2021, and I view both to be temporary.

Cannabis stocks saw huge gains in 2021. However, shorter-term investors took profits in the first half of the year, triggering a sharp move lower.

In the second half of the year, investors became frustrated with a lack of progress on legalization after the Democrats took control of the presidency and Congress.

I view both of these conditions as temporary. Looking forward I expect Verano to rebound sharply in 2022 because of three powerful catalysts.

Verano Should Benefit From Three Powerful Catalysts in 2022

Verano shares are on sale right now, trading 52% below the 52-week high. I also see a key level of support that has developed between $10 and $12 on the U.S. ticker VRNOF.

It looks like Verano is establishing a long-term bottom at this level and setting the foundation for a reversal and new trend higher. Take a look at the 2021 chart below.

Verano probably won’t grow revenue by 106% again, but the company should see major sales growth in 2022.

This revenue growth will be driven by a string of recent expansions and acquisitions that Verano has pulled off. Here are a few details from a Verano press release.

#3 – Verano is Grossly Undervalued Relative to Other Growth Stocks

Cannabis stocks and Verano are hard-core growth stocks that are priced like deep value stocks after steep declines in 2021.

Using 2022 projected revenue, Verano has a price-to-sales ratio of 2X. That is ridiculously low for a growth stock such as Verano and you can see that when comparing it to other growth stocks

For example, Tesla is projected to deliver $70 billion in revenue in 2022. With a market cap of $1 trillion, Tesla has a forward price-to-sales ratio of 14X, a 600% premium to Verano. That means if Verano had the same price-to-sales ratio as Tesla shares would be trading 600% higher. I expect this value to attract a lot of investors in 2022.

After weakness in 2021, 2022 is setting up to be a rebound year for the cannabis sector.

With that backdrop in play, I expect Verano to be a top performer. The company should benefit from three powerful catalysts, including big-time sales growth.

In the meantime, shares are trading at a deep discount to the 52-week high. It’s a rare opportunity to buy a high-growth stock while it trades with deep value.

When It Comes to Taxes, Alcohol > Pot in Massachusetts