Afroman Launches Tours in Mississippi and Oklahoma, With New Single on Cosmic Wire 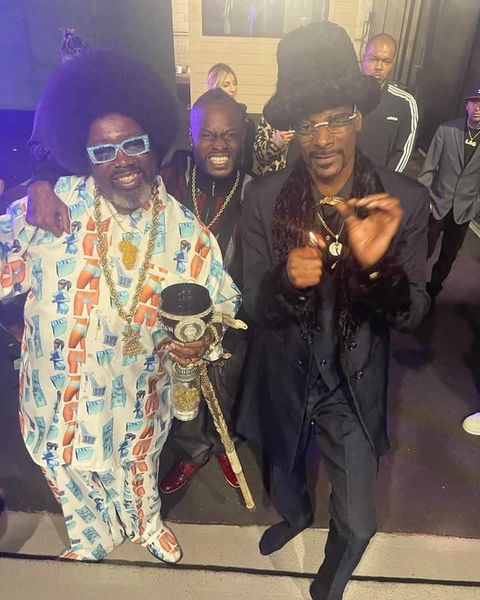 Today Grammy Award-nominated artist Afroman announced tours in Mississippi and Oklahoma, and a new single to boot. Be on the lookout for Afroman Cannabis at dispensaries dispersed throughout Oklahoma.

Last year, Palmdale, California-based star Afroman appeared on the single “WHOLEthing” for his Cosmic Wire debut with BLAZAR. This year, the duo is back with the funk-driven track, “Step it UP” on Cosmic Wire. Jerad Finck aka BLAZAR is an electronic music producer currently signed to AntiFragile Music. BLAZAR produced Afroman, Daxsen and Corey Feldman, while working alongside production team members of the Pixies, U2, Collective Soul and Pink.

Afroman’s recent 2021 tour was appropriately named “This Ain’t No Joke, This Ain’t No Gimmick, I Got to Get Paid in the Middle of a Pandemic” Tour—sharing the frustrations of many Americans. He also recently released the music video for the single, “Cuz I’m High,” the official remix of his classic “Because I Got High” that brought the rapper Kid Lennon into the public eye, also featuring YHK Destin.

Before rapping about smoking, Afroman was rapping about sagging. “The first tape I made was about my eighth-grade teacher,” Afroman said. “She got me kicked out of school for sagging my pants, which was a big deal back then. So I wrote this song about her and it sold about 400 copies: it was selling to teachers, students, just about everybody. And I realized that, even though I wasn’t at school, my song was at school, so in a way I was still there. All these people would come by my house just to give me comments about how cool they thought the song was.”

Afroman’s classic “Because I Got High” was a smash hit, and gained notoriety after its appearance on The Howard Stern Show and the Jay & Silent Bob soundtrack. Not long after, Afroman joined the lineup of Cypress Hill’s “Smoke Out” festival with the Deftones, Method Man and others, not to mention his gig headlining The Gathering of the Juggalos in 2010.

He made numerous appearances at festivals like the Pacific Festival with Calvin Harris and Steve Aoki,  and the Snowball Music Festival 2014 alongside Pretty Lights, Griz, Rüfüs Du Sol, Busta Rhymes and J. Phlip. During 2018 Afroman shared the stage with Snoop Dogg and Bone Thugs ‘n’ Harmony on the notorious PUFF PUFF Pass tour, which also included legends such as E-40 and Warren G. Snoop Dogg is a frequent guest on Afroman tracks, and also frequently in the smoke circle.

Alongside the tours in Mississippi and Oklahoma, Afroman also is behind numerous strains and various other cannabis-related events and projects.

Afroman Cannabis is on the market, notably in dispensaries found throughout Oklahoma. In the past, Palmdale Purp is a cannabis strain brought to the market by Afroman. His strains Fro-G Kush and Blue Magic were released earlier. He also put his name behind a malt liquor beer  “Cold Fro T5.”

After launching Afroman Cannabis he will tour, beginning in Mississippi and Oklahoma, aka “Smokelahoma”.

The post Afroman Launches Tours in Mississippi and Oklahoma, With New Single on Cosmic Wire appeared first on High Times.