B Noble to Expand to Six States and Enlist Gallery PR 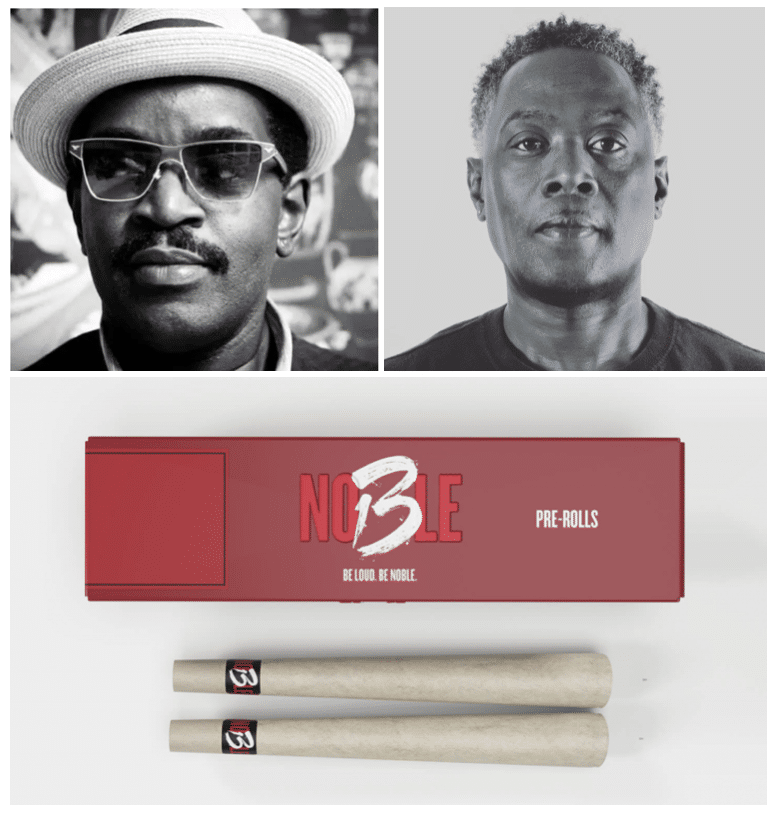 B Noble recently teamed up with the Latina-owned Gallery PR as an agency of record which is based in Los Angeles and New York City. B Noble also announced six new states to its list of Curaleaf locations where you can find the company’s products.

In 2010, Bernard Noble was minding his own business when he was stopped by two police officers while riding his bicycle in New Orleans. He was stopped, frisked and arrested for possession of two joints’ worth (2.8g) of weed, leading to a 13-year sentence of hard labor in a Louisiana state prison. “I was labeled as a kingpin with a $5 marijuana charge,” Noble told High Times last month.

While difficult to comprehend—hard labor is tolerated as a punishment for felony charges in Louisiana. Noble was found guilty of the state’s “habitual offender” law, leading to his sentence “at hard labor.” The Atlantic called Louisiana’s forced labor laws “American slavery, reinvented,” as even the Thirteenth Amendment forbids involuntary servitude in most cases. It was a clear-cut case of how Black people are targeted by cannabis laws despite nearly equal rates of usage, and the racist elements of prohibition that are impossible to ignore—even today.

Thankfully, Bernard’s case eventually drew attention on social media. And as a result, Bernard was released after serving seven years into his sentence. “Bernard’s case happened to be the case that I decided to focus on to show the incredible injustice of these War on Drugs, sham cannabis laws that have plagued people for 80-plus years,” Fab 5 Freddy told High Times.

B Noble’s first product, “2 Joints” symbolizes the two joints that sent Bernard to prison years ago. B Noble pre-roll packs are available now at Curaleaf dispensaries in Maryland and Massachusetts.

In September and October, B Noble announced the products will be sold at Curaleaf stores across Arizona, Illinois, Michigan, Oregon, Colorado and Nevada. Curaleaf is “the world’s largest cannabis operator by revenue” and is B Noble’s operational partner.

B Noble shared the core components they hope to envelop:

Fab 5 Freddy and B Noble

According to the New York Times, Fab 5 Freddy united the worlds of hip-hop and art decades ago. This important role of bringing Black representation to the music, art and cannabis industries has cemented Fab 5 Freddy’s legacy in America.

Street artists Fab 5 Freddy and Jean-Michel Basquiat became the first hip-hop element in a music video appearance in Blondie’s “Rapture,” debuting on Solid Gold on January 31, 1981. Subsequently, as MTV’s first hip-hop VJ and host of Yo! MTV Raps, Fab 5 Freddy brought some Black visibility to the network, after people like the late David Bowie slammed MTV for ignoring Black artists.

Because of Fab 5 Freddy’s contributions, in 2019 it was announced that Harlem, New York’s Schomburg Center for Research in Black Culture will display his priceless collection of rap memorabilia for public view at the historical uptown library.

This eventually led to the important question of why the cannabis industry often shuns Black people, sometimes over nonviolent cannabis cases—such as in the case of Noble. Freddy’s Netflix documentary Grass Is Greener explores America’s complicated relationship with cannabis and racism. But his mission wasn’t fulfilled until Fab 5 Freddy decided he needed to include former prisoners in the business, which led to his partnership with Noble.

Fab 5 Freddy, with the help of former prisoner B Noble, are here to continue to bridge the divide between Black people struggling to take part of the industry, and commercial cannabis.

The post B Noble to Expand to Six States and Enlist Gallery PR appeared first on High Times.