Best Thing About Running Out of Weed 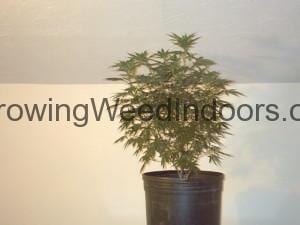 Best Thing About Running Out of Weed

Of course, at my age and circumstances, I would rather be high all the time, but there is one positive from running out of weed.

First off, I don’t suggest anyone stay high all the time. It’s a personal decision and one you have to be able to handle. I’ll stake my life that medically speaking, you’ll be fine other than trigger finger in your Bic lighter thumb and Aleve can help with that.

In fact, up until 5 years ago or so, I never got high before 5 PM or so during the week. I usually had stuff to do and I wanted to be able to accomplish the “stuff”.

Then a kid I know told me, she loves going to work high. She’s a pretty smart cookie so I thought I’d try working and living my life being high in the daytime as well as the night too.

All I can say; it works for me. I’ve even started a software business higher then a kite.

Anyway, back to the issue at hand. Because of our absolutely ignorant and just plain dumb cannabis prohibition laws, having weed all the time isn’t that easy when you’re old.

What should I do, stand outside the local high school and give money to some kid for a bag of weed? Or worse; meeting somebody, probably a stranger, and risk life and limb for a bag of pot that I should be growing in the first place.

I solved that problem recently by finding a place online that sells weed. I’ve done it many times; every time I got good pot in about 5 days.

Anyway, in between deliveries and you don’t have any so you’re on the wagon so to speak. Just happened to me, I ran out about 2 weeks ago and thought I would wait before I re-stocked.

After being sober for a couple of weeks, no big deal by the way, my delivery came in and I got such a great high with one hit I can’t believe it.

In my opinion, if you lay off weed for a little while, it’s worth the euphoria you’ll get being re-introduced.

Give it a try; trust me, I know more about weed than the Generals do.

The post Best Thing About Running Out of Weed first appeared on How to Grow Weed Indoors.

What’s the Deal with Registering a Trademark in the Marijuana Industry?

What is Hemp Seed Oil and Is It as Good for Your Skin as Cosmetics Companies Say?