Most cannabis users have experienced the dry mouth that can come with a high. Salivary glands dry up, leaving the mouth feeling sticky or coarse, which can eventually lead to a scratchy throat. It’s not a detrimental side effect, but it can be a nuisance. So what can you do when it happens, and how can you possibly avoid it in the future? Here we examine the causes and cures for cottonmouth as a result of using cannabis.

Cottonmouth is a vernacular term for the dry mouth that often accompanies a marijuana high. The clinical term for dry mouth is “xerostomia,” and it is the result of reduced saliva production. It is considered a minor side effect of cannabis use, but it can leave the user’s mouth feeling tight, tacky, and uncomfortable. Over time, xerostomia may develop into a sore throat, and leave the user with bad breath.

Most cannabis users will experience cottonmouth at some point, regardless of consumption method. A dry mouth is not the result of smoking or vaping, but rather a direct effect of the active ingredients in marijana. This means that ingesting an edible or tincture may also result in cottonmouth. 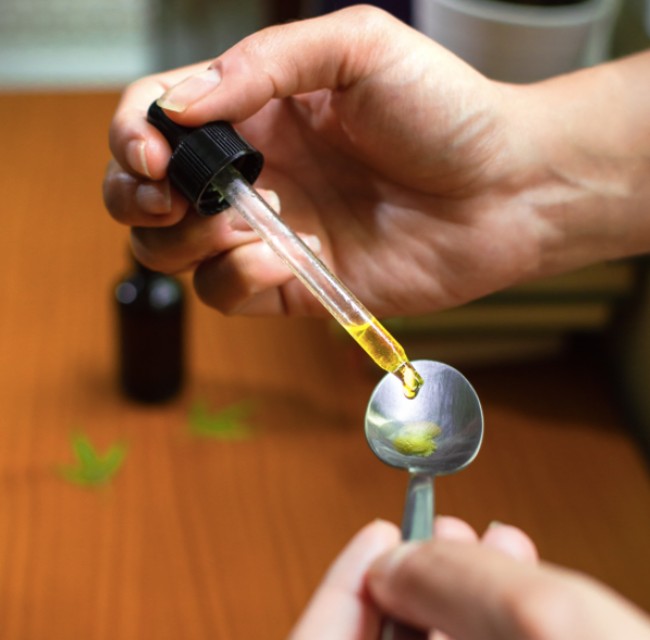 No matter what consumption method is used, cottonmouth can still happen. photo credit

Those active ingredients are called “cannabinoids,” and they interact with the human endocannabinoid system (ECS) at the cellular level, inducing an array of effects. For better or worse, one of these effects appears to be reduced saliva production. Anecdotal evidence has circulated for decades, but the direct link between cannabis and xerostomia was proven in 2006 when researchers used the body’s natural cannabinoid, anandamide, to suppress salivary flow in the submandibular saliva glands of rats.

While dry mouth is an infamous symptom of marijuana, cannabis is not unique in causing it. Many medications, from SSRIs to common allergy pills, result in decreased saliva production, and persistent dry mouth is not uncommon among people taking multiple medications.

How to Treat Cottonmouth?

Drinking liquids sounds like the obvious solution, but you may soon find yourself uncomfortably full of water. If you only have a drink on hand, at least take small sips, and roll the water around in your mouth to relieve any discomfort.

Be sure to avoid alcohol, which will further dehydrate you over time. Sipping herbal tea will not cure or prevent xerostomia, but it will relieve the symptoms, including a sore throat, if the dryness has progressed that far. 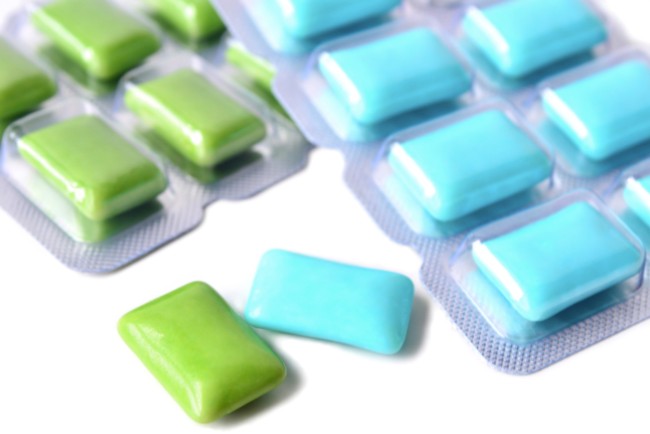 Not only will something like gum help to soothe cottonmouth,  it will taste good too. photo credit

One simple solution is to give your mouth something worth drooling over! Chewing gum or ice, or sucking candy should trigger the natural flow of saliva. Sour candy is an even better option because the sour sensation alone induces salivation. So you could also suck a lemon, but a candy may taste better.

For those suffering from a stubbornly dry mouth, there are hydrating mouthwashes and breath sprays available. These products usually contain sensitive moisturizers like aloe vera, or boast saliva-inducing enzymes to wet your whistle.

Cottonmouth may be difficult to avoid if you’re using cannabis, but there are a few steps you can take to minimize the effect.

Cottonmouth, or xerostomia, is a common side effect when using cannabis. Cannabis is not unique this way, as a range of common medications have a similar side effect, and while it is relatively harmless, it can be the cause for discomfort or distraction.

Relieve dry mouth by sucking or chewing on things like candy, gum, or ice. Remember, dry mouth is an effect of the cannabis, so drinking water will temporarily relieve the discomfort of a dry mouth, but will not prevent it from returning until the effects of the cannabis begin to subside (usually within a few hours).

Minimize the effects of cottonmouth by avoiding other common drugs that may dehydrate you, including many cold medications, and diuretics (that induce frequent urination) like alcohol. Alcohol in mouthwash may also leave your mouth more dry. While smoking is not the cause of persistent dry mouth, it does make the symptoms worse by passing hot air over the tongue and throat.

If left untreated, xerostomia may develop into a sore throat and bad breath. For users with chronic cottonmouth, hydrating mouthwashes and breath sprays are available.

“Cottonmouth” is a slang word for xerostomia, or the dry mouth that often accompanies a marijuana high.

Dry mouth is caused by cannabinoids–the active ingredients in cannabis–interacting with the body’s endocannabinoid system to deliver a range of effects. In this case, salivary production is reduced via CB receptors in the submandibular glands.

How can I treat cottonmouth?

A dry mouth can be relieved by chewing or sucking on ice or candy, or by using a specialty mouthwash or spray.

How can I prevent cottonmouth?

Specialty mouthwashes and sprays are available to treat chronic dry-mouth.

Stay hydrated by avoiding caffeine, alcohol, most antihistamines, and decongestants, and do not smoke.

Are cottonmouth and dry mouth the same?

The terms mean the same thing, though cottonmouth is used more colloquially.

How have you dealt with cottonmouth? Let us know in the comments below!

Dry mouth is caused by cannabinoids–the active ingredients in cannabis–interacting with the body’s endocannabinoid system to deliver a range of effects. In this case, salivary production is reduced via CB receptors in the submandibular glands.

A dry mouth can be relieved by chewing or sucking on ice or candy, or by using a specialty mouthwash or spray.

Specialty mouthwashes and sprays are available to treat chronic dry-mouth.

Stay hydrated by avoiding caffeine, alcohol, most antihistamines and decongestants, and do not smoke.

The terms mean the same thing, though cottonmouth is used more colloquially.