Jul 30, 2021
Master Growers Are Pulling 6 Figures and So Can You just use discount code: bws20 during enrollment Here while coupon code is still active!

As a writer who has been covering the cannabis industry for quite some time, I have heard over the years about cannabis companies having their social media platforms shut down regardless of whether they’re hemp, marijuana, CBD, or otherwise.

My attention on this was recently refocused as I scrolled through my social media feeds. More than five friends in the industry in PR, journalism, publishing and advocacy had had their social media accounts shut down, leaving them to scramble to recover their followers and try to restore their accounts. It’s a sadly omnipresent issue in the industry.

For a mainstream company, losing a social media account is not necessarily insurmountable. After all, they could purchase broadcast or print advertisements, out-of-home, pay-per-click, or mobile. Even as the industry matures and more states and countries legalize or decriminalize cannabis, it remains incredibly difficult for cannabis to navigate traditional ad spaces, and it does not look to be getting easier any time soon. Just recently, the UN called for a global ban on cannabis advertising.

So how does a cannabis company get a leg up? They can carefully, semi-furtively utilize their social media channels and hope that their account doesn’t get caught up in a cannabis dragnet. But if their accounts do get shut down, then what?

They’ll have to diversify. With the emergence of platforms like Clubhouse and TikTok, cannabis firms could leverage new platforms that, at least for now, appear to be more cannabis-friendly.

Since Clubhouse made its debut in April 2020, more than 10 million iOS users have joined, and more are expected when the app invites Android users into the fold.

This audio-only platform hosts live discussions and provides opportunities for brands to reach their audience, build their brand, and connect with thousands of users who congregate in voice chat rooms, where conversations can discuss finding investors, starting a cannabis business, cannabis influencers, and more. The options are only limited by imagination. 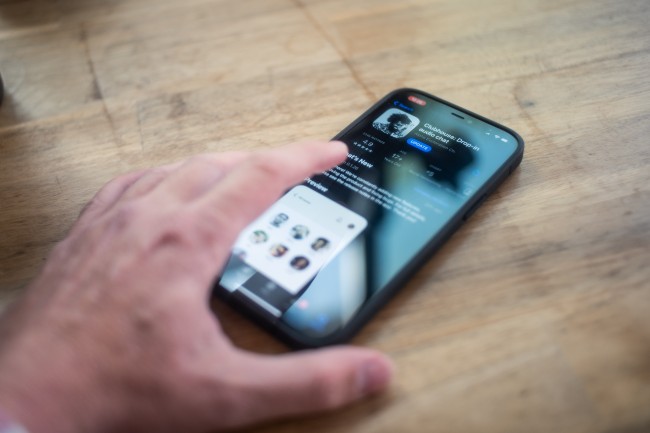 Clubhouse is a new type of social network based on voice in real-time. photo credit

For companies looking to connect with a younger and more energetic demographic, TikTok is the place to be. As of February 2021, more than 80% of their 80 million monthly active users were between the ages of 16-34. Those following trends in the industry may be quick to note that age range has some significant overlap with Millennials (aged ~24-40 in 2021), who are the largest demographic of cannabis consumers.

Cannabis companies hoping to get noticed on TikTok will have to be wary of strict community guidelines. Videos that include cannabis-centric hashtags like #weed are likely to be taken down, or worse, cause an account to be suspended or banned.

Kenra Losee, founder of California-based cannabis-centric marketing agency Mota Marketing warns that shadow banning on TikTok is real (as it is on other platforms, especially Instagram). To avoid losing your platform on the channel, cannabis companies are advised to use spelling variations for cannabis references and avoid videos where people are consuming.

A marketing tactic a cannabis firm could employ is to engage cannabis influencers with social currency, a substantial, highly engaged following, and the ability to spark purchasing decisions among their followers. Influencer marketing is no flash in the pan.

It’s estimated that 92% of consumers trust recommendations from friends and family over advertisements.

And though an influencer is usually not a literal “friend,” consumers tend to think of them as such and treat their recommendation as they would those of family and friends.

Or cannabis-centric companies could jump ship from mainstream social media platforms and land on those created for cannabis firms and enthusiasts only. These platforms tend to mimic other social media outlets like Facebook and Linkedin. Some to consider are WeedLife, its sister network MjLink, LeafWire, or GrassCity Forums.

Ostensibly, keeping cannabis companies off of social media is to prevent children from seeing cannabis advertising or other content. But as the cannabis industry continues its rapid acceleration, social media platforms will have to catch up.

Have you ever ran into issues posting cannabis on social media? Let us know in the comments!