On August 10, the Senate approved a $1.2 trillion infrastructure bill. The bipartisan deal focuses primarily on roads, bridges, and modernizing public transportation systems, but it also includes provisions regarding the expansion of broadband networks, water systems, and yes, cannabis research. A provision buried in the bill will allow medical researchers to purchase cannabis for their studies from dispensaries, rather than applying for samples from the DEA, as they do now.

Cannabis and the Infrastructure Bill

Cannabis has been federally prohibited as a Schedule I drug since 1970. Not only does this mean that mere possession is a felony, but Schedule I also defines a drug as having “no currently accepted medical use.” Most fields of research depend on grant money to function, often doled out in small amounts, and to meticulously chosen recipients. Try earning funding when your focus is illegal, and it becomes easier to see why cannabis research has advanced at such a sluggish rate over the last half-century.

Further complicating matters is even acquiring the cannabis itself for study. Until 2016, all of the cannabis legally researched in the US had been grown at a 12-acre, maximum security farm operated by the University of Mississippi. And the product has been of infamously poor quality compared to illegal and illicit markets. In 2016, the DEA loosened that restriction, but news of last week’s bill nearly eliminates it altogether. 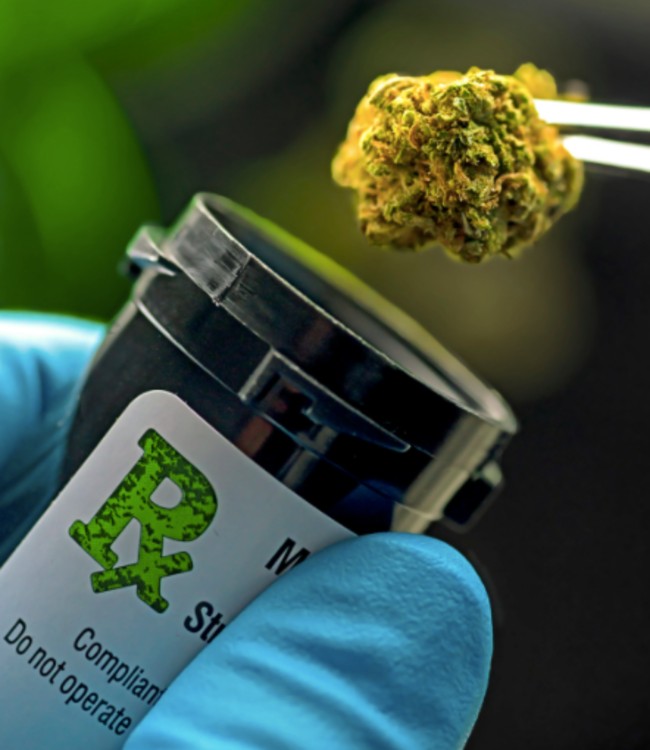 The bill will allow researchers to obtain medical cannabis from dispensaries rather than the DEA. photo credit

The precise language that has the cannabis and medical worlds buzzing regards “establishing a clearinghouse to collect and distribute samples and strains of marijuana for scientific research that includes marijuana and products containing marijuana lawfully available to patients or consumers in a State on a retail basis.” It goes on to make allowances for researchers in states where cannabis is not legal to purchase from jurisdictions where it is.

But these newfound freedoms are not without ulterior motive. Included in the bill is an order for a public report, to be completed in two years, about cannabis-impaired driving. While the results of that study may appear obvious, “impaired driving” currently lacks much definition. In fact, in April, the National Institute of Justice concluded research showing that blood THC levels do not reliably correspond to impared driving, as the strength of the effects are dependent on several subjective factors, not solely THC levels.

The bill will return to the House of Representatives for approval before going to President Biden.

What are your thoughts on the infrastructure bill?