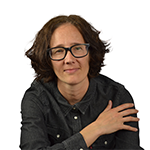 As legal hemp production gradually returns to the United States, Colorado has become the country’s top hemp producers. This year, Colorado farmers grew 9,000 acres of hemp, up from 5,921 acres in 2016. The state’s hemp acreage accounts for nearly 40 percent of all hemp produced in the U.S., and more than twice as much as any other state in the country.

“It is growing by leaps and bounds, and it’s the non-THC derived products that are leading that growth,” Scott Hunn, owner of Hunn Planning and Policy in Colorado’s Eagle County, told Vail Daily.

Colorado farmers have relatively more legal freedom to grow the versatile crop. In most Colorado counties hemp is treated as any other agricultural product and therefore not as strictly regulated as marijuana, which the state has legalized for both medicinal and adult use purposes.

Hemp and marijuana are both of the Cannabis sativa L. plant species, but they vary in chemical structure and uses. Hemp contains no more than 0.3 percent tetrahydrocannabinol (THC), the psychoactive compound that causes a euphoric effect.

Hemp is harvested for its seeds and stalk, which can be used to produce:

Colorado’s hemp program, now in its fourth harvest, has grown steadily since the state regulated the crop in 2014. Farmers yielded just 200 acres that first year, then 2,200 acres in 2015.

“The first year, people thought we were growing drugs,” Damian Farris, co-founder of the self-proclaimed largest hemp farm in the U.S., told the Denver Post. “Now farmers are approaching us and asking how they can use hemp in their crop rotation. It’s a big turnaround.”

To keep up with processing of the plant, the state is in the process of trying to obtain a decorticator, a machine that separates the outer layer of the hemp’s stalk from its hurd.

Where Hemp is Grown in the U.S.

While hemp is thought to be among the very first domesticated industrial crops with a long history in America, only in recent years has the sustainable and multifaceted plant started its return to the U.S.

Today, the nation’s hemp market is estimated to be worth $688 million, with growing demand for cannabidiol (CBD) hemp oil supplements helping drive the market.

Since President Barack Obama signed into law the federal 2014 Farm Bill to open hemp cultivation to universities and departments of agricultures in states that regulated the crop, more than 30 states have lifted restrictions on hemp production. Wisconsin is the latest to end the state-wide prohibition on the growing of hemp. South Carolina, historically conservative in terms of cannabis policy, also recently approved the cultivation and sale of hemp.

According to Vote Hemp’s 2017 U.S. Hemp Crop Report, hemp cultivation in the U.S. more than doubled in 2017, from nearly 10,000 acres in 2016 to 23,346 acres. Thirty-two universities conducted hemp research this year and 1,456 state hemp licenses were issued to researchers and growers.

Behind Colorado, Kentucky comes in second in the U.S. in hemp production, growing 12,000 acres this year up from 4,500 acres the year prior.

Oregon, which revised its initial industrial hemp bill last year to encourage hemp cultivation by permitting larger plots and greenhouse growing, is third with 3,469 acres of hemp, followed by North Dakota and New York at 2,000 acres each.

Learn more about the various properties and benefits of hemp and hemp-derived CBD on our education page, or or visit our news page to keep informed about developments in the cannabis industry.