Everything you need to know about the Hitoki Trident ‘laser bong’ 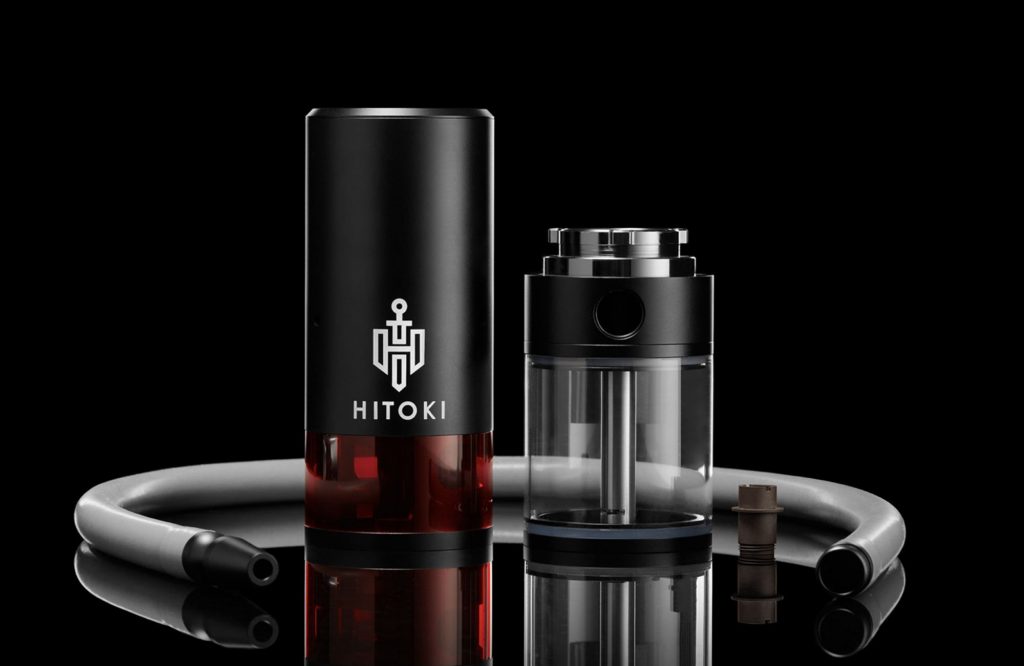 Recreational legalization has advanced more than the science of cultivation; breakthroughs in canna-tech are also ubiquitous to this infused era of enlightenment. Vaporizers once relegated to tabletops are now handheld, the gravity bong has become a prestige consumption device, and Hitoki, a novel producer of cutting-edge smoke-tech, has produced an all-inclusive waterpipe that uses an actual laser beam as its heat source.

The Hitoki Trident, or “laser bong” as it’s colloquially known, is a compact, three-part column that houses a small water chamber, a chamber for plant matter, and the machinery of a pinpoint-accurate laser beam meant to ignite cannabis in a way that’s extraordinary to observe.

Its premium price point ($499.99) may be exclusionary, but this device is less about function than fashion. Its appeal is firmly couched in the fact that it shoots a laser at weed in order to set it on fire, regardless of how efficiently the laser combusts.

Here’s everything you need to know about the Hitoki Trident.

What is the Hitoki Trident?

The Hitoki Trident is a sleek, columnal waterpipe roughly the size and shape of a Pringles can. When activated, it utilizes laser beam technology to combust cannabis in one comprehensive unit. The e-rig inspired system is meant to eliminate the use of butane lighters in favor of a heat delivery system Hitoki describes as “similar to a magnifying glass under the sun.”

The Hitoki Trident is unique in its construction; it ignites with the push of a button, its default mouthpiece is a hookah hose, its petite ceramic chamber holds less than a gram of ground flower, and its water chamber functions with only a few tablespoons of water. It’s light enough to pass around a smoke circle but sturdy enough for stationary status. It also has the dynamic vibe of a device that is not necessarily designed for everyday use, but more as a conversation piece for deep-pocketed cannathusiasts with already sizable device collections.

How does the Hitoki Trident work?

The Trident’s lean cylindrical frame breaks out into three distinct chambers. The topmost chamber contains the laser’s mechanics and the machine’s power button, animated by an LED light. The visible, glass-enclosed central chamber contains the ceramic bowl, the smoke intake, and the bubbler stem. At the foot of the device is the water chamber.

These three chambers unscrew from each other easily and are efficiently re-assembled once the flower and water have been added.

To get started, you must unscrew the three chambers, fill the water chamber, fill the ceramic bowl, then re-assemble the unit before turning it on. Then, tap the power button five times in quick succession to activate the device.

Once activated, you can hold down the power button to trigger a bright blue thread of light, or double-click the power button to activate a continuous nine-second stream of laser. Once the laser light penetrates the plant matter, you should see smoke rise through the central chamber’s viewing windows. Lastly, draw from the hookah hose mouthpiece while puffing gently to produce smoke.

The bright blue laser is the main attraction here. Through the tinted glass of the central chamber, you can watch the ultramarine light dribble from its source, illuminating the chamber with a kind-of-new bohemian nod to lava lamps, sci-fi ray guns, or those laser light shows at the local planetarium. To that end, the gimmick, while not super-efficient (the laser scorches rather than combusts), is still mesmerizing.

You can navigate the Hitoki Trident’s heat modes by quick-pressing the power button three times while the device is activated. Each heat mode is indicated by color:

Hitoki recommends the medium heat setting to get started, then dial in your preferred temperature from there.

The Hitoki Trident is packaged with a USB-C power cable as well as a wall charger. Once the cord is attached, charging will be indicated by a solid red light emanating from the Hitoki’s power button.

Once the device is fully charged, the power light will switch from red to blue. Charging a completely depleted device takes approximately one hour and 45 minutes, and the device should ideally deliver over 280 hits on a full charge.

How to clean the Hitoki Trident

The Hitoki Trident is meant to be pulled apart after every bowl, and as such, is incredibly easy to keep clean. The small acrylic water reservoir only requires a rinse after each session, and the ceramic bowl pops neatly from the center of its housing to be poked at, swabbed, or soaked separately from the rest of the device’s mechanics.

The upper portion of the device — which contains the laser — is equally easy to maintain. Once unscrewed, on the underside of the Trident’s upper portion, you can plainly see the lens from which the laser emanates. This lens should be swabbed with isopropyl alcohol after each full sesh to avoid grimy buildups that may reduce the efficacy of the laser.

In case you’re feeling trepidation about raw laser cleanup, magnets affixed to the contact points along the body of the Trident prevent the laser from activating under any circumstances other than bong-smoking, so despite the beams, cleanup is a safe procedure.

The most compelling argument for the Hitoki Trident is that its lasers eliminate butane, but it’s hyperbole to say that the Trident’s laser is as efficient as combusting cannabis with actual fire.

This particular device puts on a heck of a light show and would be a fun party gimmick, but for anyone who wants a straightforward waterpipe that delivers consistent, no-frills lungfuls of potent smoke, this product might not fulfill your needs as well as an analog bong. That said, if your smoke device needs are already well-met, but your formidable collection lacks a real-life laser bong and your smoke utensil budget absolutely spilleth over, this device is the perfect novelty for you.

The post Everything you need to know about the Hitoki Trident ‘laser bong’ appeared first on Weedmaps News.