Oct 24, 2021
Master Growers Are Pulling 6 Figures and So Can You just use discount code: bws20 during enrollment Here while coupon code is still active!

Sweet, creamy, and dreamily potent, the Gelato strain has gained a cult status as one of the best cultivars produced in the last decade. Despite winning no major cannabis cup awards, the Gelato strain’s popularity has spread through word-of-mouth ever since it emerged from a San Francisco grower’s garage back in 2014. As blissful as a cool treat on a hot Mediterranean summer day, and as relaxing as an afternoon siesta, Gelato’s a strain that cannasseurs from all over keep clamoring for.

But where did this tasty treat come from? What else is it known for besides its decadent reputation? What are its full effects and how did this become the strain for a new generation of Hip Hop artists to name check?

Join PotGuide as we delve into the strain history of this new favorite marijuana strain: Gelato.

The Gelato strain of marijuana first spread its branches in the Bay Area’s Sunset District under the watch of Mr. Sherbinski, the “nom de grower” of Mario Guzman. A part of the San Francisco-based “Cookie Family” of breeders (including Jigga and Berner), this collection of growers also created the legendary Girl Scout Cookies sometime in the early 2010s (Mr. Sherbinski credits Jigga with its creation.) This cultivar combined the euphoric lift of the immediately popular Girl Scout Cookies strain with the soporific, medically-revered Sunset Sherbet that he’d also created. Once he’d sampled his new creation, Mr. Sherbinski named the strain “Gelato” for its sweet, creamy, and fruity flavor.

Gelato is also known as Larry Bird, since phenotype #33 was the most commonly associated with the strain. Despite Mr. Sherbinksy’s Sacramento roots, even he knew that the number 33 would always be associated with that 1980’s NBA All-Star. 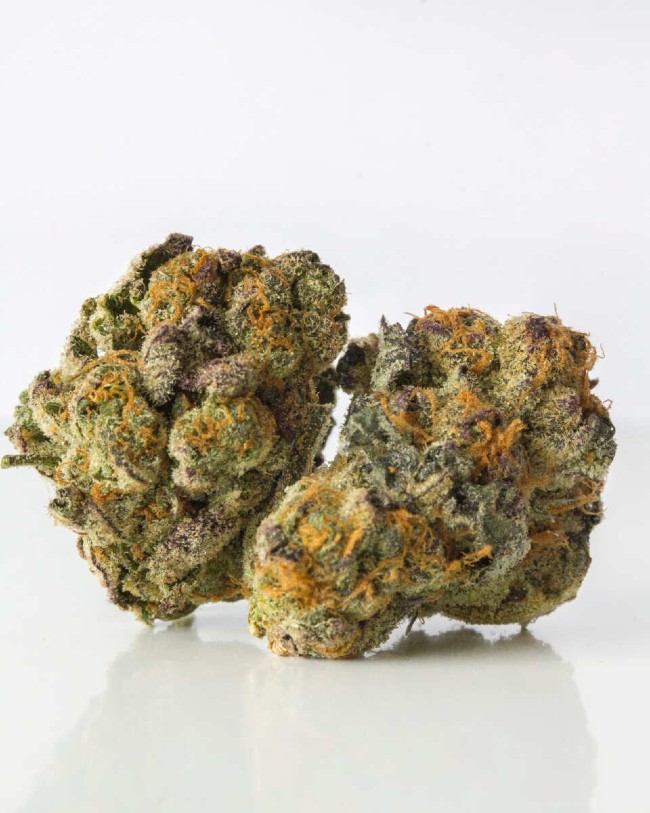 Gelato #33 is the most recognized phenotype of the strain. photo credit

While the Gelato strain’s chill effects do not at all resemble Larry Bird’s fiery intensity on the court, this strain would ideally be helpful in treating his famous back pain that resulted. While phenotype #33 is no longer being cultivated, there are plenty more. Gelato’s numerous phenotypes, crosses, and back-crosses, such as #3, #25, #44, Acai Berry Gelato, and Mochi Gelato, are all well-regarded.

As Mr. Sherbinski said in an interview, Gelato seeds were the best stock that he’s ever worked with, producing quality phenotype after quality phenotype. “Normally you do a cross and you want to keep one pheno or two and figure out which one is the best one,” he said. But as they kept popping more and more seeds, Sherbinski said, “they were all so good.’”

Appearance, Aroma, and Effects of the Gelato Strain:

Under ideal conditions, Gelato strains grow into relatively short plants. At around two months, the plant’s buds will have matured into some truly gorgeous nugs: a rich, velvety purple offset by sunset orange hairs. But the Gelato strain’s sugary coating of trichomes is the strain’s special ingredient. Depending on the phenotype, Gelato has by any measure a decent THC percentage. It’s the sweet, fruity, and creamy tastes of the terpenes that gives the Gelato strain its namesake, as well as its potency. 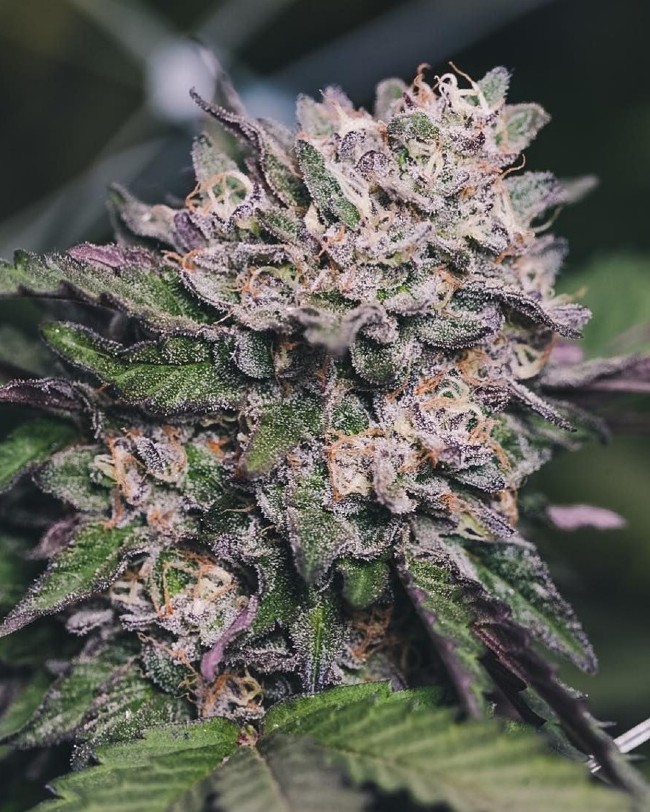 Gelato is known for its beautiful mix of purple and orange. photo credit

Despite its sweet appearance, Gelato’s known to come on strong. Its fast-acting effects take off with a euphoric climb that reaches its cruising altitude with a clear-headed, focused high (that may still take you through some cloud-banks). Body-wise, you can recline back and expect a first-class experience. Gelato’s well-loved by the medical community for its treatment of chronic pain, inflammation, migraines, and muscle spasms, as well as its ability to combat fatigue without getting too racy. It’s also a great aid for dealing with insomnia at higher doses.

The Gelato Strain In Pop Culture

Much like Sour Diesel, rappers have embraced Gelato for its productive and focused head high as well as its chill factor. It’s been named-dropped in tracks such as Young Dolph’s “Gelato,” Famous Dex’s “Nervous,” and Calvin Harris’ “Slide,” as well as tracks by Lil Yachty, Lil Pump, and others.

The Gelato strain’s rocketship to popularity shows that quality strains will always breakthrough. Despite its empty awards shelf, word of mouth from cannasseurs and hip hop stars alike will continue growing the rep of this tasty, potent hybrid. The Gelato strain is a testament to all those garage growers out there whose passion for what they put into the soil can grow into something exceptional.

Have you tried Gelato? What are your thoughts on this strain and its recent hype? Let us know in the comments.

Gelato refers to a number of strains cultivated by the Cookie Family and Mr. Sherbinski. This Girl Scout Cookie and Sunset Sherbet cross is known for its clear-headed, euphoric effects as well as its relaxing, pain-relieving body high.

The Gelato strain was first cultivated by Mr. Sherbinski as a part of the San Francisco grower’s collective “The Cookie Family.”

Gelato is considered a hybrid, with sativa-like uplift and focus, as well as an indica-heavy body high that’s relaxing and pain-relieving.