Granny Flips Off Police in Mugshot After Cannabis Farm Bust 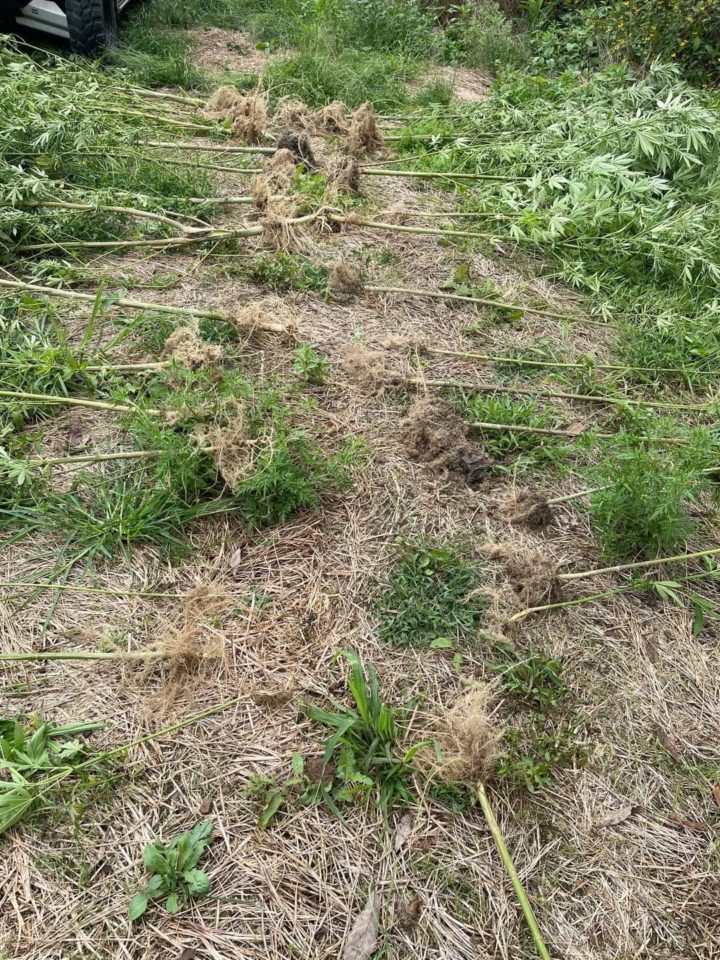 When law enforcement officers searched an elderly woman’s house and farm last Monday in Jackson County, Tennessee, they got more than they bargained for.

Peggy Brewington told officers that there was “maybe an ounce” of pot on her farm before officers searched the premises and found dozens of cannabis plants and 20 pounds of flower.

After Drug Task Force officers booked the woman, she flipped off the camera for her mugshot as a token of defiance. The internet responded with hashtags like #freeweedgranny.

On August 30, the 15th Drug Task Force and Jackson County Sheriff’s Office conducted a search on the property after slowly building a case against her. Three days earlier, on August 27, Brewington was arrested for trespassing. The 15th judicial district Drug and Violent Crimes Task Force covers Trousdale, Smith, Macon, Jackson and Wilson Counties in Tennessee.

Officers confronted Brewington and asked how much pot was in the residence. Brewington replied, “maybe about an ounce.” Once the search was completed, officers recovered around 20 pounds of flower from the residence and approximately 40 cannabis plants from the property.

A second search was conducted at a nearby residence and more growing marijuana and processed cannabis was recovered. All drug cases will be presented to the Jackson County Grand Jury. Agencies assisting with the search were the TBI and THP Eradication Task Force.

“Officers recovered over 20 pounds of marijuana from the residence and approximately 40 marijuana plants from the property,” the post reads. “A second search was conducted at a nearby residence and more growing marijuana and processed marijuana was recovered. All drug cases will be presented to the Jackson County Grand Jury.”

The officers at 15th Drug Task Force Tennessee—a government organization—posted three additional photos of lush cannabis plants being ripped from the soil on her farm and tossed in bags like trash.

Brewington was arrested, and promptly flipped off the camera in her mugshot, which is likely to go viral. In line with other cannabis-related arrest posts, reactions were mixed, and many commenters questioned if the streets are any safer without a nonviolent elderly woman growing pot in peace.

Marijuana in Tennessee is a Bust, So Far

As noted by some concerned commenters on the post of the arrest, “a law is a law,” and it’s illegal to grow cannabis, especially in the amounts Ms. Brewington was growing. Medical and adult-use cannabis cultivation and sales are illegal in the state. But that’s likely to change in Tennessee, possibly sooner than later.

Senate Bill 854 was sponsored by Senator Janice Bowling and would have legalized medical cannabis for certain patients and developed a Medical Cannabis Commission that would have regulated the production and sale of cannabis. While the Senate Government Operations Committee approved the bill back in March, it was rejected by the Senate Judiciary Committee later that month.

Tennessee voters consistently support cannabis according to polls, but the state doesn’t have a voter initiative process. That means only elected officials can change state law, so the ballot initiative for 2022 won’t complete the entire process of legalization. For now, people like Brewington will have to resort to other, law-abiding hobbies.