Blunts are cannabis cigars wrapped in tobacco which were popularized as subversive symbols of wealth by hip hop artists in the 1980s and ‘90s, when blunt smoking was at its peak. However, consumption methods have evolved, driven in part by the growing medicinal market, and many consumers now view the tobacco leaf as an unnecessary health risk due to the nicotine content.

This article offers a brief history of the blunt, reviews studies of the nicotine content in blunts and tobacco wraps, and offers tips for safer alternatives to tobacco smoke.

What is a Blunt?

A blunt is a cigar or cigarillo that has been emptied of tobacco and refilled with cannabis. The practice can be traced back to the Caribbean where cannabis was introduced by migrant workers from India, and became commonly used among laborers. People at that time were probably not smoking blunts as we know them, but the combination of cannabis and tobacco was inevitable. Tobacco was a chief export from the region, so tobacco leaves and cigar rolls were commonplace and easy to acquire. 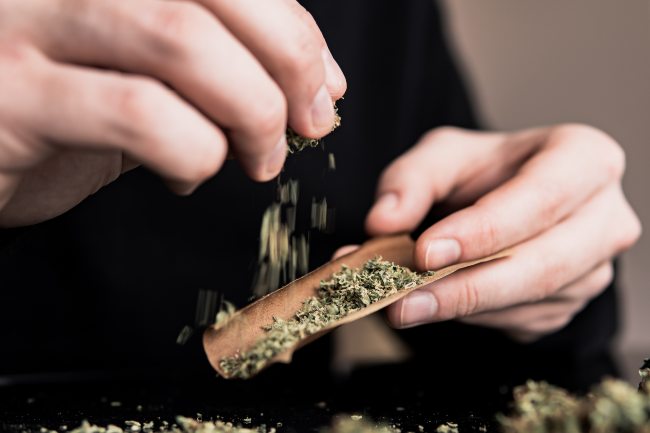 Blunts were popularized in the 80s and 90s by hip hop artists, after Caribbean migrants brought the practice to NYC. photo credit

In the 1980s, an influx of migrants from the Caribbean settled in New York City, bringing Caribbean cannabis culture with them, though at the time, no one would have used the word “blunt.” The name “blunt” is derived from a name brand of Phillies blunt cigars, so named for their blunt end as opposed to the tapered tips of other cigars. These blunts were also pretty cheap, meaning it was easy to justify the cost of buying them just to empty them. The popularity of blunts led to similar products entering the market including Dutch Masters and El Producto. In fact, other slang terms for a blunt include a “dutch” and an “el P.”

Fun fact: The first reference to blunts in a hip hop song is credited to Big Daddy Kane for his 1988 song “Raw.”

Blunts differ from joints in the same way cigars differ from cigarettes. Blunts are bigger in every dimension, wrapped in tobacco leaves, and hold much more cannabis than a joint — about 1-2 grams total. Conversely, joints are wrapped in thin rolling papers and typically hold between .5 and 1g of cannabis total. Blunts may burn for up to 30 minutes while joints are finished in about 10 minutes.

Nicotine is the infamous chemical that makes cigarettes addictive, but its rap sheet doesn’t end there. Nicotine is a toxic alkaloid produced by plants in the nightshade family. In small doses it serves as a stimulant, raising heart rate and blood pressure, while also releasing dopamine. But in large doses or with prolonged use, nicotine disrupts REM sleep, damages the genetics of respiratory tissue, and degrades blood vessels. 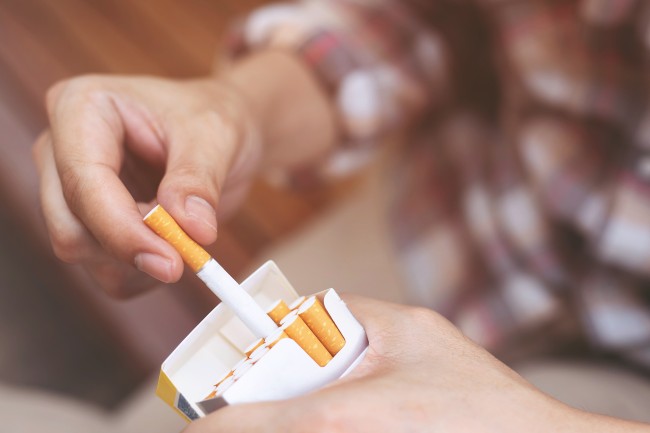 Nicotine is very addictive and can cause health issues in large amounts. photo credit

How Much Nicotine is in a Blunt?

In 2016, researchers measured the nicotine content of five various blunt wraps, finding between 1.2mg and 6mg of nicotine in each. For comparison, a typical cigarette has about or at least 10mg of nicotine. After accounting for nicotine lost in sidestream smoke and physiological factors affecting bioavailability, consumers typically absorb 1-2 milligrams of nicotine per cigarette.

Researchers concluded that the nicotine levels in blunt wraps were probably not high enough to lead to nicotine addiction, but they did not address how it may affect consumers suffering from, or in recovery from, nicotine addiction.

Still, undeniably, blunt wraps with nicotine represent an unnecessary health risk. To be clear, any smoke is bad for your lungs, and both cigarette and cannabis smoke contain toxic chemicals inherent to burning plant material. 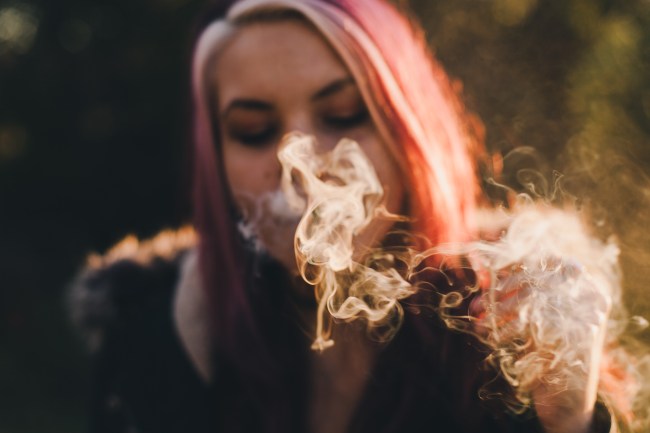 Smoking anything can be damaging to your lungs, but switching from a tobacco wrap to an alternative wrap can help reduce the harmful effects of nicotine. photo credit

But if you want to make your smoke a little safer, peeling the poisonous leaf from around your blunt is a good place to start. Thankfully, several alternatives are available.

Perhaps the most sensible alternative to a tobacco wrap around a hemp product is…hemp. And there is no shortage of options from Hemp Zone to Juicy Jay’s to Kong Naturals. But there are more interesting options too, like palm leaves or mint. King Palm is the first name in palm leaf blunts, only criticized for their slightly faster burn time. Minty’s are a fun way to add menthol to the experience, but they don’t hold as much flower as other options. Finally, Jungle Blunts offer several choices from banana leaf to sunflower.

The amount of nicotine or tobacco in a blunt wrap is probably not enough to lead to addiction or acute nicotine poisoning, and this risk is further reduced as blunts are typically smoked less frequently than cigarettes. However, nicotine remains poisonous, and undeniably damages respiratory health, heart function, and the central nervous system. 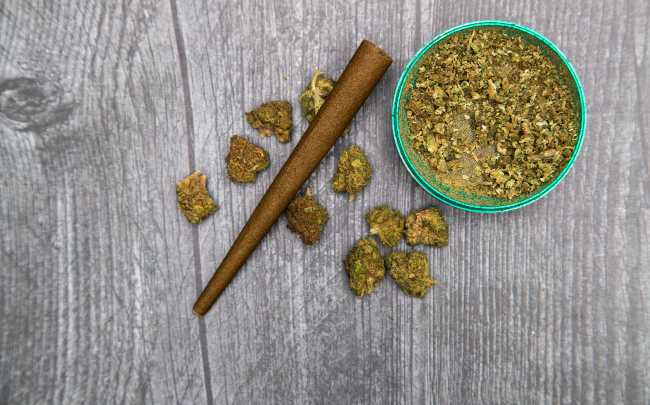 If you enjoy smoking blunts but don’t want the nicotine, hemp wraps are a great alternative. photo credit

Smoking anything can never be called healthy, but there are easy steps to eliminate the unnecessary risk of nicotine in your blunt, like choosing tobacco-free alternatives like palm leaf, cocoa leaf, or hemp.

How Much Tobacco is in a Swisher Wrap?

What Percentage of Nicotine is in a Blunt Wrap?

How Many Milligrams of Nicotine is in a Cigarette?

A cigarette typically contains about 10mg of nicotine. Accounting for nicotine lost in sidestream smoke and physiological factors within the body, consumers typically absorb 1-2mg of nicotine per cigarette.

What’s your preferred blunt wrap and why? Share your thoughts in the comments below!