In order to make a cannabis concentrate, cannabinoids like THC, CBD and aromatic terpenes need to be separated from the plant matter to which they are attached. There are many ways to achieve this, including hydrocarbon extraction utilizing numerous solvents such as butane, propane, ethanol, and carbon dioxide (supercritical fluid extraction).

While these methods are efficient and easy to scale, many cannabis consumers and others in the industry are not exactly thrilled with these methods. Why? They may contain chemical after-effects that aren’t awesome for our health, can be downright dangerous for do-it-yourself extractors, and can be tricky and an unnecessary risk for some medical cannabis patients.

Subsequently, there are also solventless extraction methods which leave no chemical residue and use heat, pressure, ice, or water to separate cannabinoids from plant matter.Now let’s pause for a moment there. Any science class fans out there? Anyone politely raising their hand to ask, “But, dear teacher, isn’t water a solvent?” 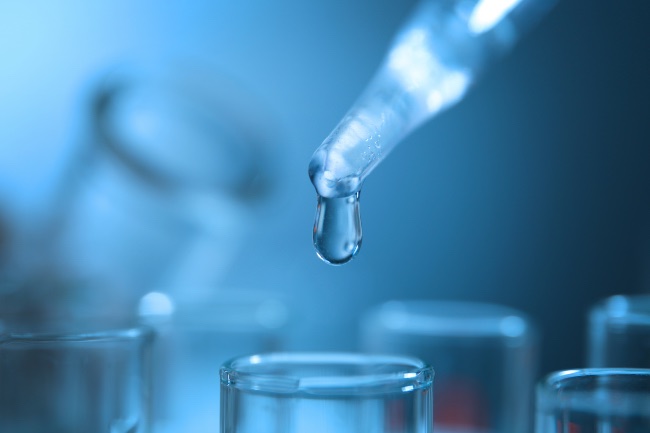 Some solventless methods use water or ice to create cannabis concentrates. photo credit

Why, thank you for asking. When cannabis concentrate is made using a water extraction but is referred to as a “solventless extraction,” that’s not technically, in the most scientific sense, true. Let’s dig in.

Is Water a Solvent?

The University of Calgary Energy Education site puts it so clearly that I’ll let them tell the tale about whether or not water is a solvent.

“A solvent is a substance that allows some other substance – known as a solute – to dissolve in it, forming a solution. Although a solvent is thought of as being liquid, a solvent can be either solid, liquid, or gas. Liquid solvents, however, tend to be the most useful. Solvents are not universal, meaning simply that there is no one solvent that dissolves all possible solutes, based on the chemical properties of both the solvent and the solute, the degrees to which a solute will dissolve in a solvent vary.”

Even though the University of Calgary told us that water is not, in fact, a universal solvent, it is often referred to as universal nonetheless because it can dissolve more substances than any other liquid. The reason for this is water’s chemical composition, an arrangement of oxygen and hydrogen atoms where oxygen holds a negative electrical charge and hydrogen a positive charge. In the physics of the matter, the hydrogen and oxygen atoms that comprise water become attracted to many different types of molecules – so attracted that it disrupts the attractive forces holding the atoms of other substances together. Thus, dissolution.

Then Why Call Water Extraction Solventless?

Your guess is as good as mine, but I’ll put my money on a cannabis industry desire to differentiate chemical extractions from those lacking chemicals, like water. Grouping water in the solventless category is simply easier than explaining that yes, water is a solvent, but not in the same class as butane or ethanol. In particular, water isn’t a solvent for cannabis.Recall how the University of Calgary noted that a solvent, “is a substance that allows some other substance – known as a solute – to dissolve in it, forming a solution.” Cannabinoids are not water-soluble, meaning that they cannot bond with water in the way described above (instead they are fat-soluble, but that is a story for a different article). Thus, while water is a solvent in general, it is not a solvent for cannabinoids and this is the most likely rationale for referring to such preparations as “solventless.” 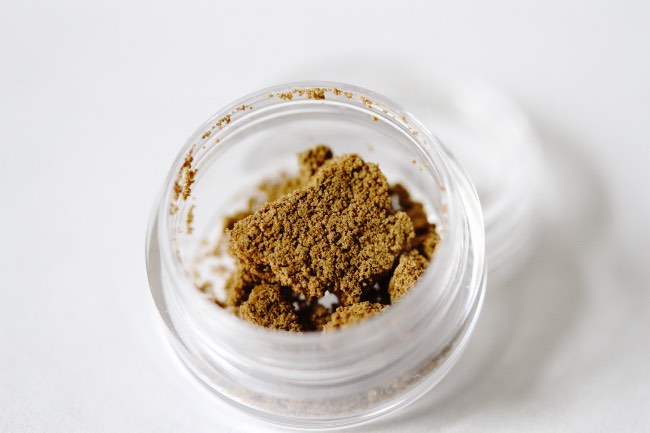 Bubble hash is a popular solventless concentrate, and can contain up to 60% THC. photo credit

Additionally, consumers eager for cleaner consumption methods are unlikely to be interested in the water-as-solvent distinction. They just want to know that their cannabis extract was produced without chemical extraction.

So, is water a solvent? Yes. In cannabis industry terms, is it solventless? Also yes. Just like water itself – the answer is (ahem) fluid.

Is Water a Solvent Or Solute?

Yes, indeed. Water is a solvent. A solute is a substance dissolved in a solvent, which ultimately makes a solution.

Is Water a Solvent Yes or No?

No doubt. Water is a solvent.

Why is Water a Good Solvent?

Water is an excellent solvent because of its chemical composition of oxygen and hydrogen that attract then disrupt many different types of molecular bonds.

What’s your favorite way to consume concentrates? Do you have a preference for solventless or solvent-based? Let us know in the comments!