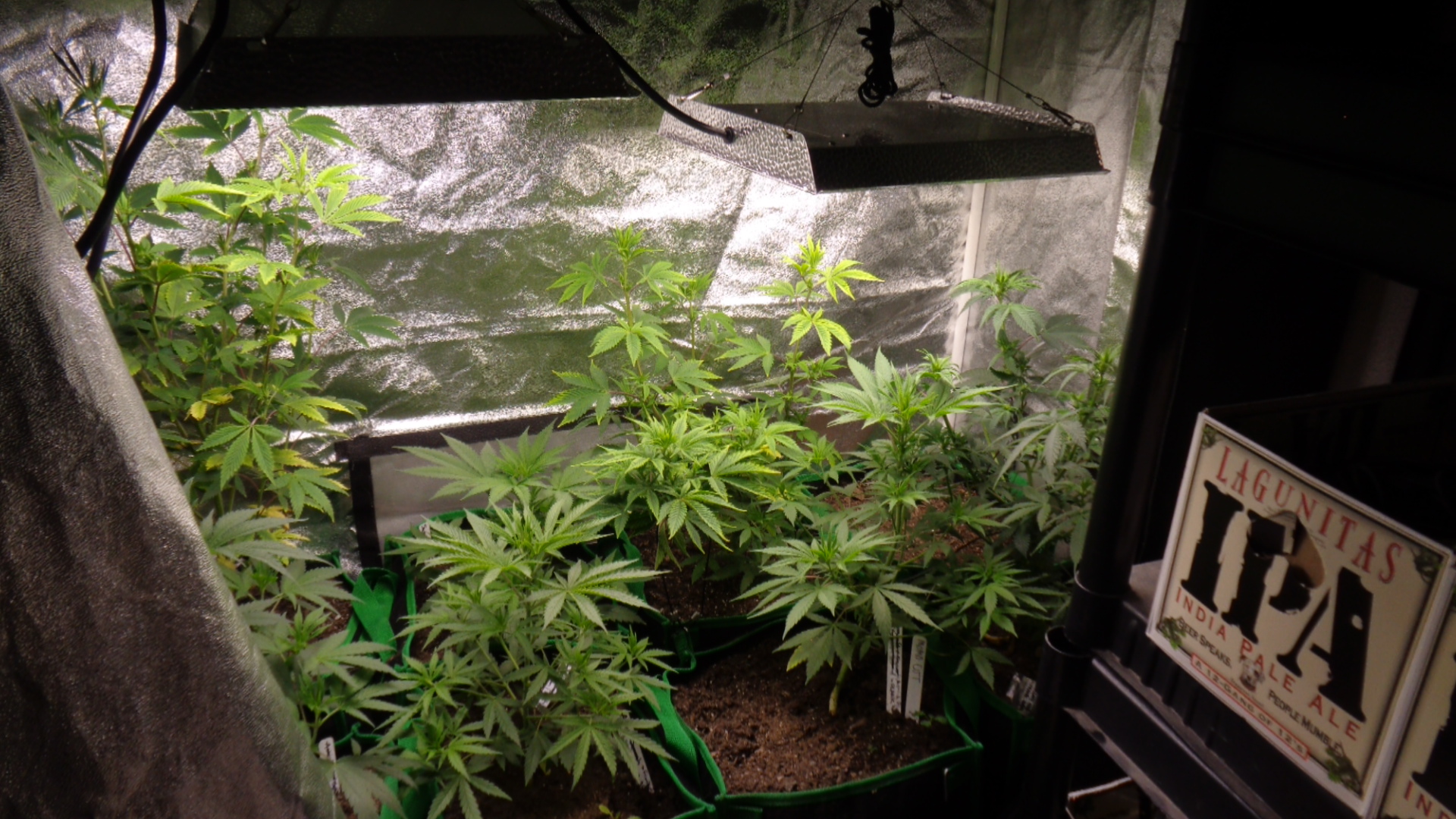 I have finally finished a full run with the Mars Hydro LED Grow Light and I am pretty stoked with the results. Right now I am doing breeding projects so my phenos and heights are all over the place.

One thing that works well with the marshydro ts 600 is the ability to move each led panel independently of each other.

The heat from the ts 600 from mars hydro is less than assumed. I do have a solid intake/exhaust and air exchange rate SO that could be a reason as well.

I have only ran the mars hydro ts600 led grow lights so far. Before I give more opions on the other lights, I need to run them first. I do however think that a gram per watt on up is more than doable with these led grow lights from marshydro.