Nov 27, 2021
Master Growers Are Pulling 6 Figures and So Can You just use discount code: bws20 during enrollment Here while coupon code is still active!

Cannabis and glass both have been used by humans for literally millennia. Man-made glass amulets and beads have been dated back as far as 4000 BC, when the basic glass recipe of sand, plant ash, and lime was discovered. Around 300 BC, the Syrians created the blowpipe — a long rod used to shape molten glass — and new shapes, forms, and patterns came into being.

Glass is ubiquitous now, and technology has evolved to include mechanical presses that can mass produce on a global scale. But there is a long tradition of artisan glass artists, exemplified by people like Louis Comfort Tiffany, Dale Chihuly, and now, glassblowers steeped in cannabis culture making incredible bongs and pipes, some so ornate and delicately constructed that they sell in museums for tens of thousands of dollars.

The undisputed godfather of cannabis glassblowing is Bob Snodgrass, an avid Grateful Dead fan, or “dead head,” who followed the band from town to town in their touring heyday. As Snodgrass followed the band, he sold his glass works. Eventually settling in Eugene, Oregon, Snodgrass opened shop and since then has attracted many apprentices. His work has influenced a whole new generation of glass blowers, but that means there’s always someone inching closer to becoming the new sage to follow. Let’s take a look at some glass artists on the rise.

Here are some glassblowers nimbly walking the line between fine art and functionality:

Glass artist Elbo, known for his dinosaur-like glass creations, has more than 215,000 followers on Instagram. Drawn to glass work after a psychedelic experience in his teens, he started making pipes in 2009, and later co-founded the Front Street Gallery in Philadelphia. 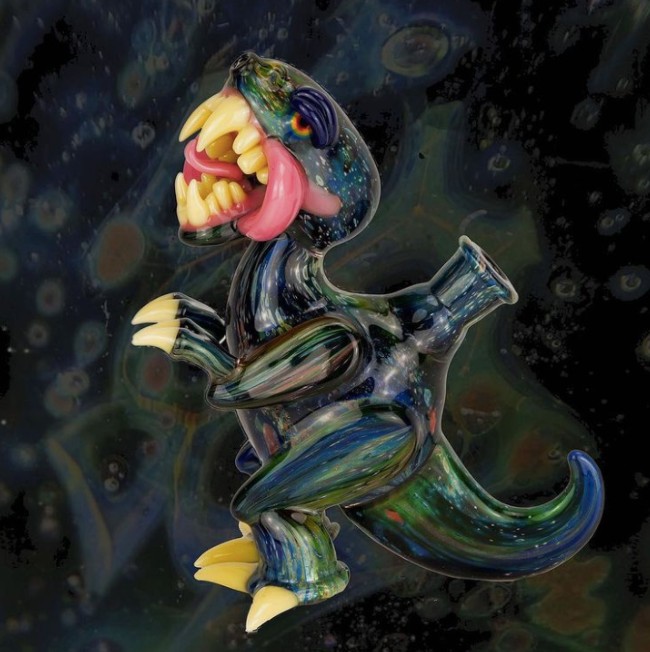 Now he collaborates with other mega artists like Banjo and Joe Peters, whose work sells for upwards of $25,000.

Buck is another glass artist wedding delicately balancing intricacy and function. An Oregonian, he is said to be inspired by the outdoors and this shows up in his designs, full of piranha-like skeletons and lifelike reptile skulls. 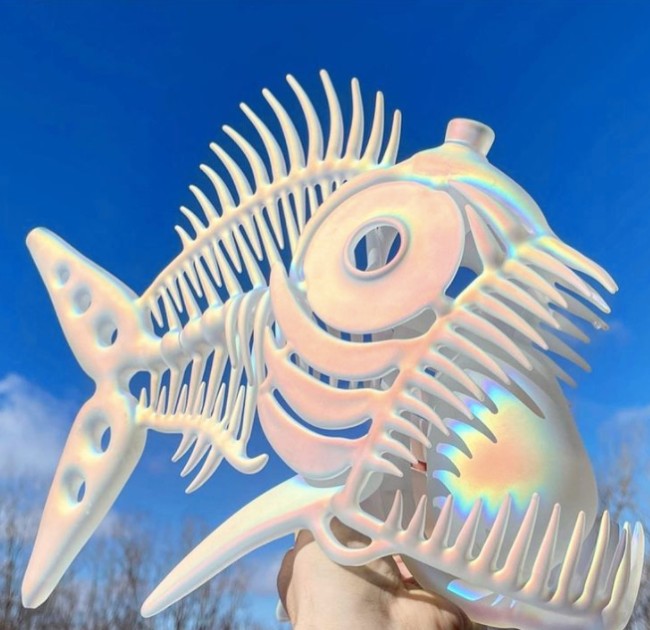 Most famous for his anatomical skeletons and extreme engineering, his work demonstrates clarity and symmetry. He has more than 164,000 followers on Instagram, and unless you’ve got deep pockets, that may be the only place to admire his work.

San Diego-based Jsyn Lord’s work reminds you of summer sandbox toys and the bits and pieces you might find in a child’s chemistry set, but made with dazzling color and impeccable technique. 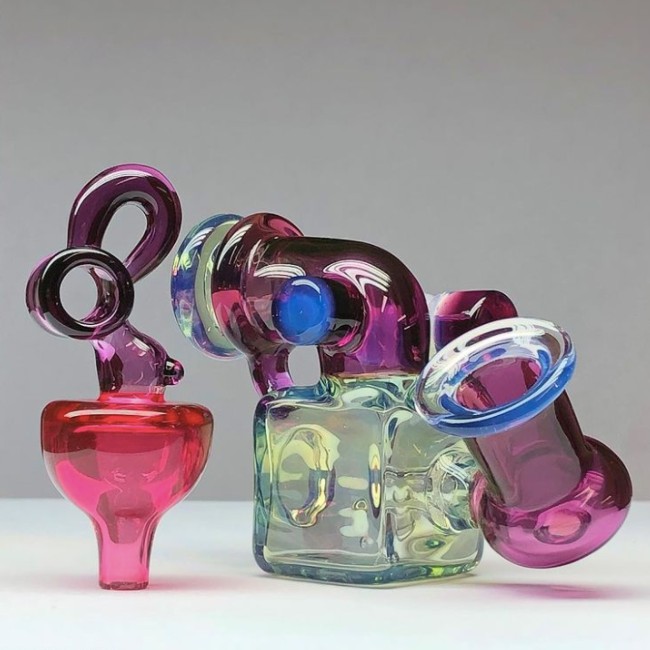 Found in shops pretty much everywhere, his eclectic and clean designs lend themselves to easy functionality and a devoted group of collectors. Lord also has a sizeable social media following, more than 55 thousand on Instagram, where he shares images of his work.

There are only a handful of women working as glassblowers, and even fewer designing glass bongs and rigs, but Eugene, Oregon-based Dani Girl is one of them. She is most well-known for her creations that depict cartoon characters from her childhood, like the Simpsons and Pokemon. 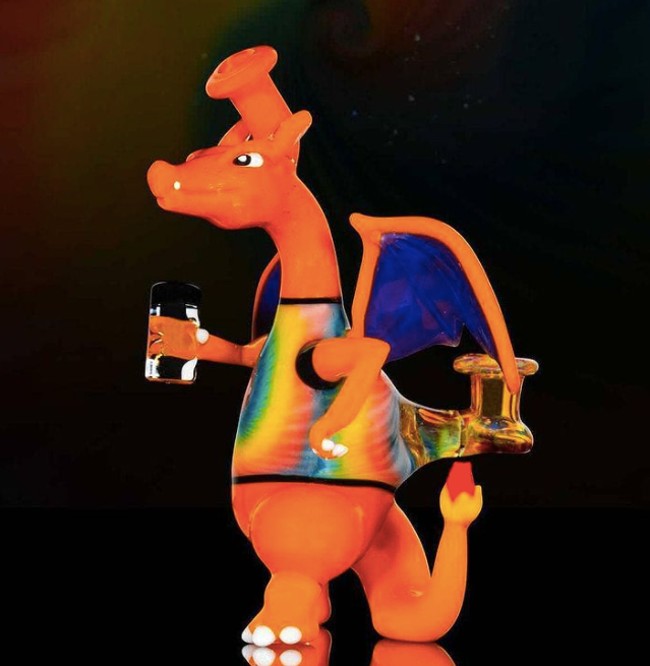 With more than 10-years experience in the field, Dani Girl has also explored the mystical in a series that will align with the phases of the moon.

Scott Deppe has been called one of the most talented glass artists in the industry. Considered an expert artisan able to master any technique, he is the founder of Mothership Glass, where his work sells for thousands of dollars. 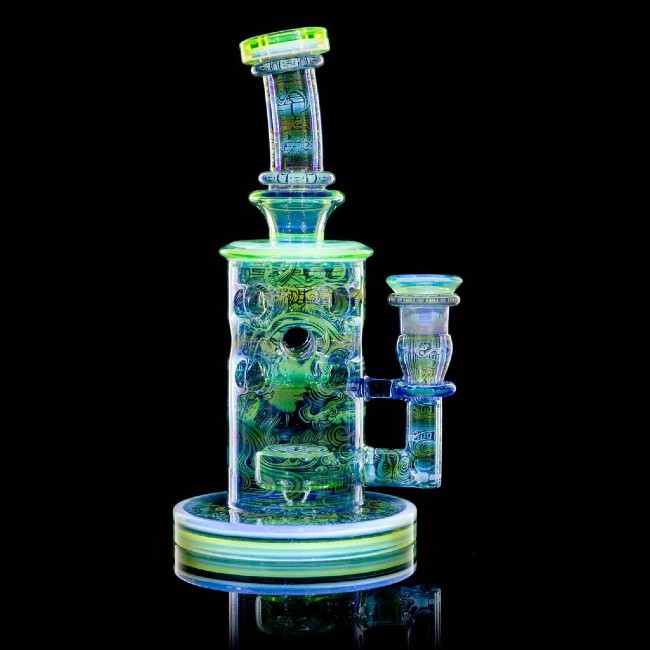 One-piece, “The Throne,” a collaboration with fellow artists Clinton Roman, Darby Holm, and Banjo, is a two-foot tall, alien-esque bubbler with a psychedelic vibe, selling for 1 million dollars.

Like many aspects of the still-emerging cannabis industry, innovation and creativity have stepped in where the non-industry folks couldn’t provide. Glassblowers are creating beautiful and delicate, yet still functional pieces, that yes, you could use to smoke weed, but could also display as a handcrafted work of art.

Who did we miss on our list? Let us know in the comments!

A Social Media Exodus Due to Big Tech Censorship? How Cannabis Brands Can Lead the Charge!