Nov 24, 2021
Master Growers Are Pulling 6 Figures and So Can You just use discount code: bws20 during enrollment Here while coupon code is still active!

Danksgiving, Thanksgrooving, whatever you call it, Thanksgiving has become a high holiday to rival 4/20. Of course it doesn’t carry across the globe, but for more Americans every year, cannabis is becoming a Turkey Day staple alongside the parade and the Detroit Lions losing.

The herb is becoming so ubiquitous with the holiday that some already refer to the Wednesday before Thanksgiving as “Green Wednesday” (as opposed to Black Friday), a day to spend freely at the dispensary to stock up on “produce” for the adult’s table.

Why Smoke Weed on Thanksgiving?

The tradition of smoking cannabis on Thanksgiving has grown for a couple reasons, one being that it calms nerves and reduces anxiety. Returning home for the holidays can be fun, but also be challenging for many people who have differences with their families, especially across multiple generations in attendance. And even for those big happy families, sometimes a house full of loud people and loud personalities can drown out a lot of the fun. Cannabis can help you let go of any concern or emotional intrusion, and simply float along for the ride.

If you know your family would not be interested, you may need to discreetly get high, but cannabis can also be an emotional equalizer when shared with family, softening the walls it may have been difficult to communicate over before.

The second reason is obvious: Thanksgiving is centered around a meal, usually a huge meal, and cannabis is great for whetting your appetite. “The munchies” are more than a phenomenon or anecdotal. The biochemistry at work in both suppressing feelings of satiety (“fullness”) and stimulating hunger have been increasingly documented in the last few years. So when you feel as stuffed as the turkey, a toke after dinner will have you asking for dessert.

A fun way to bring cannabis to the table is to literally bring it to the table by infusing weed into your dishes or desserts. The easiest way to do this is through butter. Our recipe for cannabutter can be used in several traditional Thanksgiving dishes from mashed potatoes to pumpkin pie. It can even be basted right onto the turkey, or melted into the drippings. Similarly, you could make a few cups of cannabis-infused gravy to pour over the whole show. 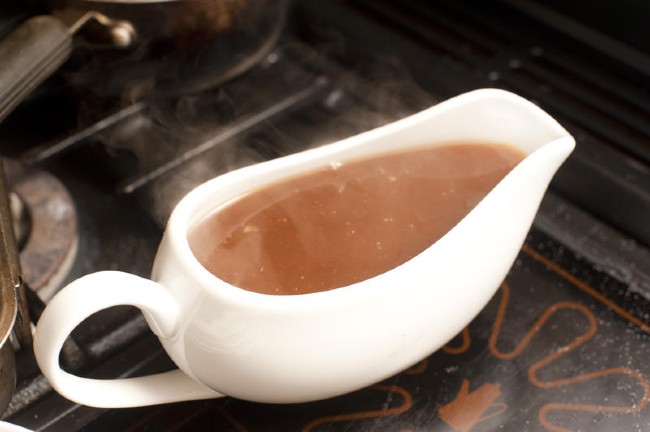 Infused any of your Thanksgiving dishes with some cannabis for that extra kick! photo credit

Cannabis infused milk or cream can be used in many desserts. And weed gummies are a popular snack (vegans, we’ve got you covered).

Or perhaps before dessert you’d prefer to brew a pot of cannabis coffee.

A word of caution: if you are new to cooking with cannabis, or are cooking for new or infrequent users, there are a few steps and chemical processes you should be familiar with, particularly dosing and decarboxylation. Decarbing is just a chemist’s way of saying “activating the weed.” Raw flower added to a dish will not have an effect on the user, and obviously, improper doses will send your family into teeth-chattering paranoia. Avoid these common mistakes when cooking with cannabis.

Here are a few choice strains to get your T-Gives going. If none of these quite fit your palette, any of your more familiar that makes you feel lifted and hungry, and maybe try to avoid the stonier, more sedative side of the cannabis spectrum.

There is some debate about what, precisely, makes people sleepy after a Thanksgiving spread. Whether it’s the amino acid tryptophan in the turkey, or the body’s natural response to a very full stomach, there is no debate that it does make you drowsy. Cush (more popularly known as Green Crack) is an infamously energizing strain that will keep you from nodding off on the couch after dinner. 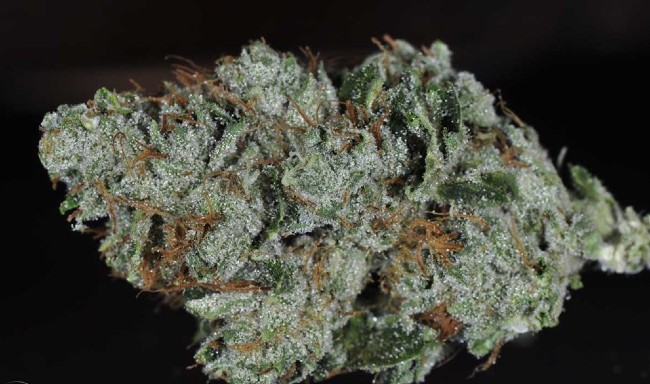 OG Kush is rich in the terpene caryophyllene, which is also found in spices like cloves, oregano, and cinnamon, making it a great pairing with similarly-seasoned dishes, especially pumpkin pie. It is also a calming strain great for managing any raucous or tense family settings. And it induces hunger, making it a great strain to start using before dinner is served. 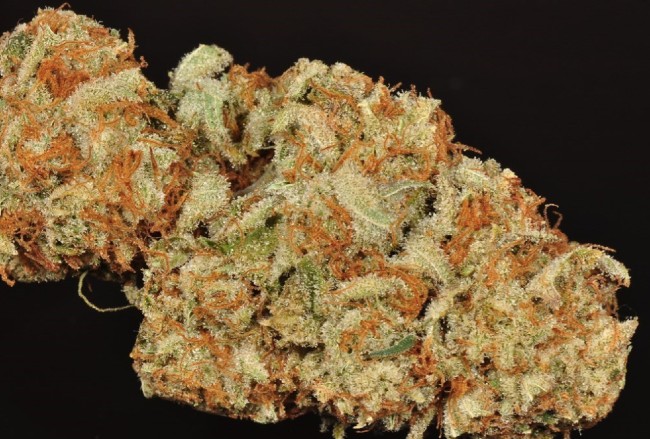 Caryophyllene gets another seat at the table here with The White. Caryphyllene differs from other terpenes in that it acts like a cannabinoid in the body, binding to CB2 receptors to induce relaxation and relieve stress. If stress always seems to be the main course at your dinner, bring a little White along. 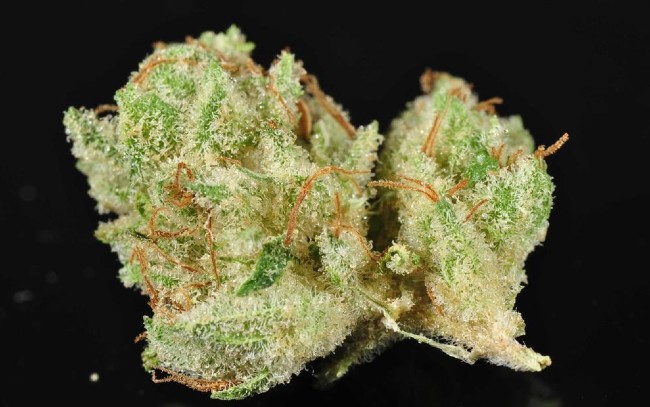 Gorilla Glue almost seems too easy to list here because it’s a great strain for most situations. But it earns special mention for its anxiolytic (anti-anxiety) properties. GG4 is high in limonene, which is a citrusy terpene usually found in racy hazes like Super Lemon Haze. But many hazes can also increase anxiety in those prone to it. GG4, on the other hand, is a hybrid with largely calming effects, and will relieve anxiety in many users without the toe-tapping side effects.

Despite what we just said about hazes, here’s a haze hybrid. Dutch Treat earns the final spot by crossing classic Haze with Northern Lights, a legendary indica known for its calming effects. Rich in rare terpinolene (also found in nutmeg), Dutch Treat is a perfect blend of hazy happiness and calm contentment.

As prohibition continues to be repealed across the US, Thanksgiving is quickly becoming the 4/20 of fall, with more and more people adding cannabis to their holiday shopping list. And why not? It’s a potent stress reliever for both young adults and the cooks in the kitchen. And it increases olfactory sensitivity, making food taste and smell better. THC also affects the hypothalamus to increase hunger even after having just eaten.

Cannabis is also easy to cook into traditional Thanksgiving dishes by infusing it into butter, which can then be substituted into any dish that calls for it, including mashed potatoes, pie crusts, or it can be used to baste the turkey!

If you’re looking for the right strain to usher you through the holiday, options high in the terpene caryophyllene, such as OG Kush or The White, are generally calming and good for reducing stress, and energizing strains like Green Cush can help you avoid the seductive, sedative embrace of the couch after dinner.

Why do people smoke weed on Thanksgiving?

Many find cannabis to be a relief from the stress that can accompany large family gatherings or cooking large meals. Cannabis also stimulates hunger, and makes food smell and taste better (or at least taste “more”). Sharing weed with family can also break through barriers and open new lanes of dialogue, and create new memories and new traditions.

Why does cannabis make you hungrier?

Cannabis affects the hypothalamus in such a way that the same neurons that would otherwise signal you are full instead induce additional hunger. Additionally, cannabinoids affect the olfactory center of the brain which makes food taste and smell more intense.

How do you celebrate Thanksgiving with weed? Share your ideas in the comments below!