The products that made Papa & Barkley 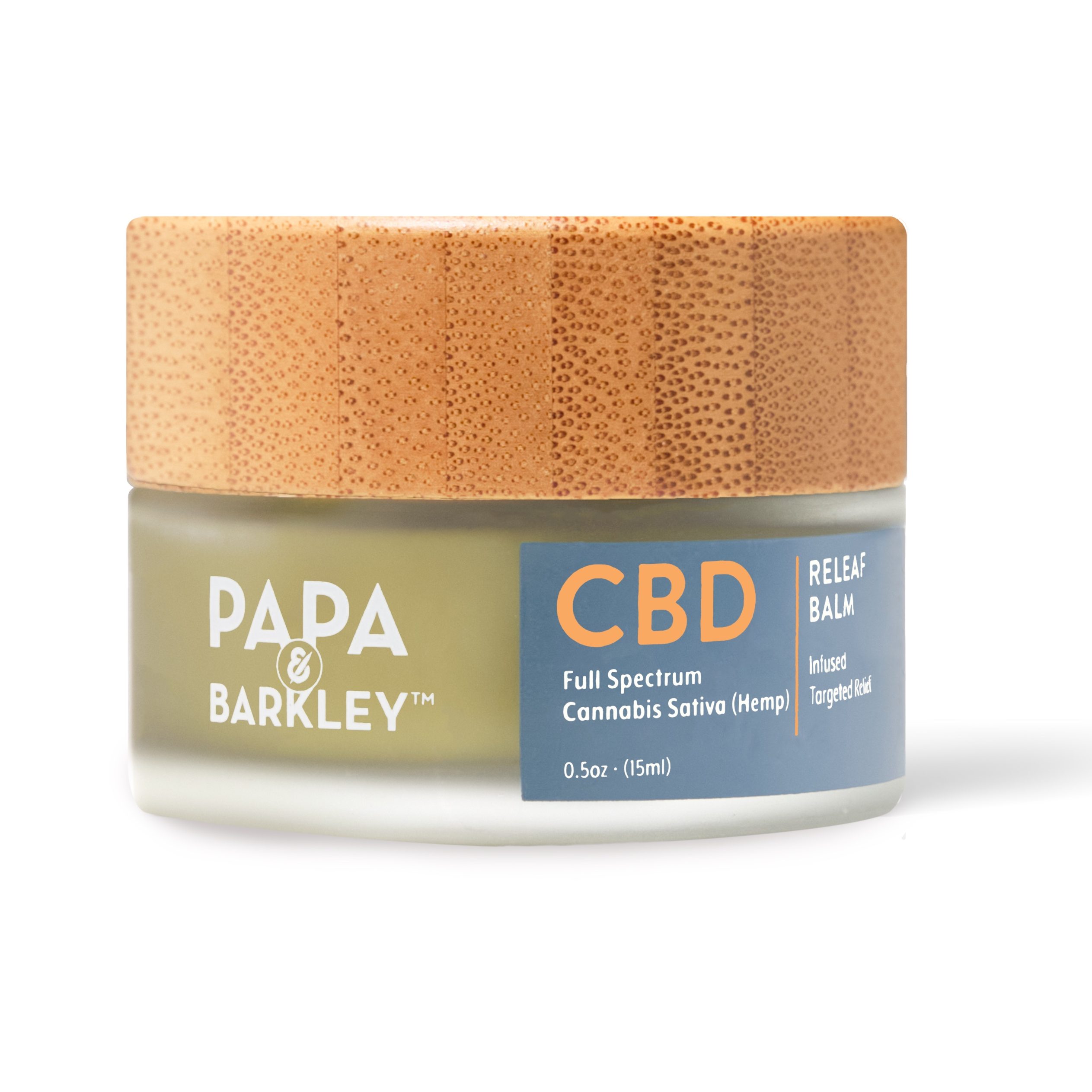 West Coast topicals brand Papa & Barkley was founded by Adam Grossman and Guy Rocourt in the summer of 2016. Known for its infused creams, balms, and tinctures, it’s been successful since day one.

I recently hopped on a Zoom with Rocourt, the brand’s co-founder and Chief Product Officer, to discuss Papa & Barkley’s story and the products that made its name in California.

When Grossman’s father was diagnosed with spinal stenosis in early 2015, it left him bedridden and completely unable to move. At a certain point, doctors told Grossman that if his father didn’t move soon, he might be bedridden for the rest of his life.

The medication that he’d been prescribed hadn’t been helping, so Grossman took matters into his own hands. He had researched the benefits of cannabis, and after watching a YouTube video on homemade topicals, he made his own batch in order to save his father’s life. Immediately, Grossman became a believer in the healing powers of cannabis and started working on the idea of Papa & Barkley to help anyone else who needed relief. “It worked quite quickly on his dad. From there, Adam continued making it, giving it to friends, and received lots of positive feedback,” Rocourt shared.

Shortly after his father’s experience with cannabis topicals, Grossman was in Los Angeles. It was here that he met Guy Rocourt, who had just moved back to California after years of growing weed in the Colorado market. Rocourt had the necessary weed-growing experience to create high-quality products, while Grossman had experience in starting companies and raising capital. So the two began creating wellness products under the names Papa & Barkley — “Papa” for Adam’s dad and “Barkley” for the dog that never left dad’s side.

Success was almost instant as Papa & Barkley began winning Cannabis Cups within a year of operating; and truthfully, they haven’t stopped winning since. Now, Papa & Barkley is the top wellness brand in California, with an entire portfolio of different companies and products under its umbrella.

These are the products that made Papa & Barkley.

Before Papa & Barkley was on dispensary shelves, it was underground in a basement where Grossman was cheffing up a pain relief balm for his father’s back issues. He used a crockpot to create the balm, with ingredients he purchased from Whole Foods, and a how-to video he found on YouTube. This would become Papa & Barkley’s first official product and its flagship topical: the Papa & Barkley Releaf Balm.

“Our very first product was the balm. By the time we got to market, we were already doing the tinctures too. Tinctures and topicals are what we went to the first High Times [Cannabis Cup] with,” said Rocourt.

Once they saw how effective the crockpot balm was, the P&B fellas knew they had something special. In 2016, the company moved into the medical cannabis market with its first run of products: the Papa & Barkley Releaf Balm, along with the Releaf Tinctures and Releaf Patches in various 3:1 and 1:3 THC:CBD ratios.

The topicals and tinctures were immediately popular. So popular, that In 2017, the brand’s 1:3 CBD Relief Balm won “Best Topical” at the NorCal Cannabis Cup. Rocourt recalled, “We had the first-mover advantage and we had the good products, the sticky products. All of those beginning products I literally handmade with Adam and the team as they expanded.”

This initial success pushed Grossman and Rocourt to continue the brand’s rapid innovation. In late 2017, Papa & Barkley upped its ratio game by releasing the 30:1 CBD:THC and 1:3 CBD:THC Releaf Tinctures.

In September 2018, Papa & Barkley launched the Papa’s Select Living Extracts brand of concentrates. “We were already making bubble hash from day one. Papa’s Select launched in Sept 2018. It was geared toward cannaseurs who appreciate the ritual of consumption, high-quality cannabis, a balanced high, and clean inhalation.”

Rocourt stated, “Papa’s Select partners with 40 Emerald Triangle Farms. We select partner farms not only for their cannabis strain offerings but also for their growing practices and methods. We understand the culture and lifestyle that many of these small local farms have created in Humboldt. It is our mission to honor our farmers’ expertise by producing premium, small-batch concentrates that exemplify the quality of this starting material.”

Between 2020 and 2021, Papa & Barkley jumped into the edibles game with its Releaf Gummies and Releaf Chocolates. The gummies, with 5 milligrams THC per serving, come in four flavors: berry burst, juicy orange, tart apple, and wild strawberry. The infused chocolate bars, with 10 milligrams of THC per serving, come in dark chocolate and sea salt, and milk chocolate. These edibles are available in California.

At this point, its topicals, tinctures, and hash line have solidified Papa & Barkley as a staple in the cannabis industry. In April of 2021, after Emerald Cup’s 2020 cancellation, P&B again swept the Solventless, Ice Water Hash category with its Strawberry Jelly, Kombucha, and Garlic Juice concentrates. Plus, the Releaf Balm won the Men’s Health Award for “Best CBD Balm.”

With its latest offering, an entire suite of sleep-inducing products, Papa & Barkley is introducing its fans to the world of CBN, a minor cannabinoid with potentially sedative properties. The suite includes a dark chocolate bar, gummies, a tincture, and capsules that contain a 2:4:1 ratio of CBD:THC:CBN.

Additionally, Papa’s Select has come out with Live Ice Water Hash Gummies. If history serves any indication, these products may soon be some of the best-selling in the wellness game. You could be looking at your next Cup winners.

The post The products that made Papa & Barkley appeared first on Weedmaps News.