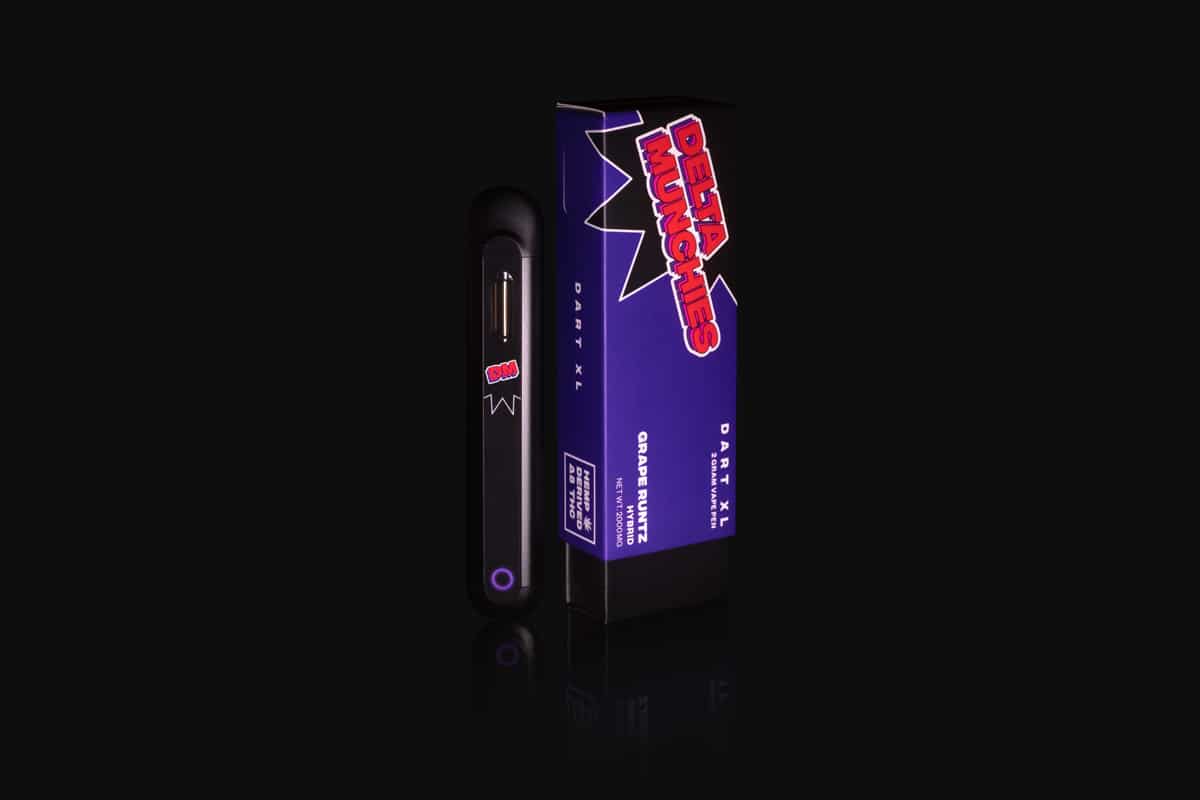 As the hemp and cannabis industry’s progress in legalization has rapidly developed across America, its products and supply chain as a whole has swiftly followed suit. This is due to the blossoming of the Green Rush in 2012, which brought new laws and a massive bloom to the industry, enabling more research into our favorite flower and other alternative cannabinoids like delta-8 THC.

This green bloom also created a more robust industrial and economic cannabis machine, allowing for more saturation of manufacturers, farms, and products to emerge all across the board. This meant more THC products, at a better price, for everyone. And who doesn’t want that?

So naturally, our buddies at the extraction labs and cultivators around the nation have worked their magic and found ways to create higher quality products at a more rapid pace for a better price. Proving to be mutually beneficial for the industry and consumers alike.

For example, in a matter of three years, the cost of some concentrates has dropped nearly 500 percent—making delta-8 vapes and disposables the forerunners of the concentrate market. Creating an economic opportunity for companies to develop a more significant disposable device that holds twice the amount of concentrate for a fraction of the cost.

Of course, this goes for all concentrates, but as a great example of progressive legality and product availability, delta-8 has been held in high regard and should be mentioned specifically.

But, of course, if delta-8 doesn’t even scratch the surface of your psychoactive threshold, then let’s face it, you’re probably on some Cheech & Chong, Seth Rogan, Snoop Dogg, God mode type level of tolerance where dabs or diamonds should be your preferred ticket to cloud nine anyway. But for the rest of the population, especially those in states still closed off to traditional marijuana, the standard of a bigger and better delta-8 disposable vape will be a godsend to both rookies and veterans alike.

Read on to see why two-gram disposables vapes will be the new norm in the future and why bigger, in this case, is definitely better.

Legal and Larger Devices for a Longer High

With the seemingly inevitable legalization of cannabis, the Farm Bill of 2018 has paved the way for the integration of more and more legal cannabinoids to enter the game. And leading the way of this legal renaissance has been delta-8 THC and their most sought-after device, the disposable vape.

Now, with most states open to delta-8, manufacturers have had free reign to develop a bigger, better, and more affordable device for consumers on the legal market. That means a more affordable disposable that carries a longer psychoactive capacity, available to ship safely, legally and discreetly to your front door.

That being said, there are hundreds of different disposable vapes out there, and their life span can vary from vape to vape for many reasons, such as how often you hit them and for how long. But on average, a one-gram disposable will last you around 350 draws, assuming your draws are around two seconds each.

This essentially means a two-gram disposable, as you would expect, carries a tank capacity of 700 draws for a much longer life span per device, taking you further than the smaller device ever could. In marathon terms, that means with a two-gram delta-8 vape at your “disposal,” you’ll initially be the Lance Armstrong of your very own cannabis Tour De France, but this time “doping” is legal.

A Price Point that Benefits Consumers

If you’re anything like Snoop Dogg, that means getting high is one of your favorite pastimes, but you also have your mind on your money and your money on your mind. We all know that getting high and staying high is no cheap task. However, with concentrate prices falling dramatically as more and more legal states open up, manufacturers can create disposables with more oil that are much more cost-effective.

Now we’re at a beautiful point where it makes economic sense for companies to create a larger capacity device capable of seeing you through a blissful, psychoactive journey, all the while ensuring that you’ll make much fewer stops at banks and ATMs along the way.

This means you can buy an extra one-gram vape with the money you saved and still have $20 leftover, which can go towards gas, munchies, or even your next high-time adventure! If you’re already smoking one-gram delta-8 disposables, making the upgrade to a two-gram device should be a no-brainer.

Reducing Waste with Discretion and Convenience

Ah, yes, discretion. Any pothead should have this word in their repertoire or vocabulary, especially if you’ve been partaking since the early days when legality was not on the side of your everyday smoker. Nowadays, especially compared to the old times, you could say the millennial and gen-z generational stoner has been spoiled by progressive cannabis laws, and by no means is that a bad thing.

In fact, there should be more freedom of smoke all around the nation! But even if marijuana or delta-8 is legal in your state, there are still many reasons for discretion, especially if you’re in a setting that involves people who might not share the same love for cannabis, or maybe you’re in a location that’s shrouded with responsibility, like around underaged kids or in a work environment.

With discretion should come convenience. In this case, they go hand-in-hand. One-gram vapes are already the most suitable inhalation product on the market for their compact size, pre-filled chamber, long-lasting battery, and portability that makes them functional for use in any setting. So, does that mean bigger isn’t better? In this case, when they say “bigger,” they’re not talking about the device’s actual size but the capacity of what it holds.

Most two-gram disposable vapes are only 30 percent bigger, relative to the physical size of traditional one-gram vapes—still making them compact, discreet, and portable. This means they also take fewer materials to create, essentially reducing waste and the ecological footprint—allowing the environment to take a slight breather.

Whoever said two is better than one definitely nailed it on the head. With the evolution of the cannabis industry and legality opening up as the days go by, it finally makes economic sense for companies to introduce two-gram disposable delta-8 vapes into the market. Opening the door for consumers to gladly reap the benefits of a compact, safe, user-friendly device for a fraction of the cost.

Companies like Delta Munchies are leading the way to re-vitalizing the free spirit of cannabis nature with their fun and educational approach to alternative cannabinoids. They’re currently offering a buy 2 get 1 free deal for their revolutionary two-gram vapes. Click here to learn more.

The post This is Why Two-Gram Vapes Are Becoming the New Industry Standard appeared first on High Times.