Are you new to the land of weed and a bit bewildered by the lingo? The strain names alone can be head-spinning (Alaskan Thunderf**k, anyone?), but toss around terms like full spectrum, solventless, dabbing, cannabinoid, terpene, etc. and you feel like you need a weed dictionary or a translator fluent in marijuana-ese just to go to the dispensary and pick up some bud.

Keep calm and smoke on, we got you. Let’s start with something basic but important: dried cannabis flower, the green stuff you roll into a joint and puff on, often referred to as a nug.

What is a Nug?

Before marijuana gets packaged up all pretty and on display at your local dispensary, it is a cola, a botanical term that refers to the flowering site of a female plant, consisting of the entire flower and its connection to the larger plant.

Growing weed is a multi-stage process that takes many months, and cannabis ready for consumption doesn’t just pop out fully formed. What starts as a cola eventually becomes manicured and dried bud, aka the smokable part of the cannabis plant. 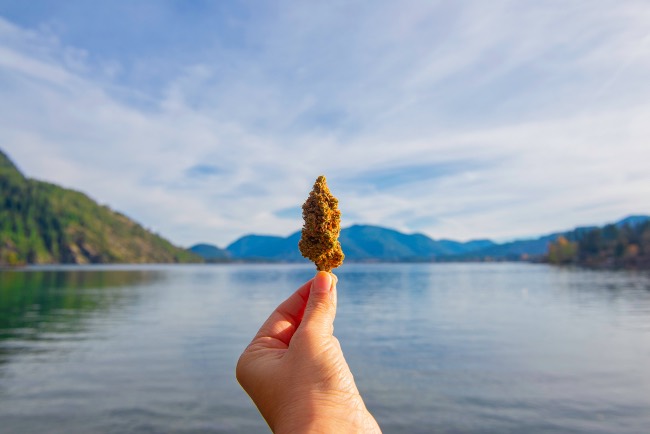 Nugs are typically green, but they can also contain purple, orange and red. photo credit

Many refer to this final dried product as cannabis flower, but in cannabis lingo and culture, flower is often referred to as a nugget, or to break it down one step further, a nug. In its simplest iteration, nug means a dried chunk of cannabis flower that’s ready to be smoked. You may also see it referred to as nugs, nuggs, and nuggz.

But to get even more specific about the definition of nug, you can think of it as large or small cannabis pieces that often refer to its quality – typically the good stuff. Nugs should be trichome rich, without seeds, and deep or light green with no browning.

The Origin of Nug

We wish we knew. No one really knows how this term made its way into cannabis nomenclature, but there is at least one theory. Some hypothesize that it’s left over from the Gold Rush, when 19th century seekers traipsed all over the west looking for golden nuggets, or simply nuggets, and the financial windfall that would hopefully follow. It is thought that the term “nuggets” grew over time to include any small lumps or chunks of value. 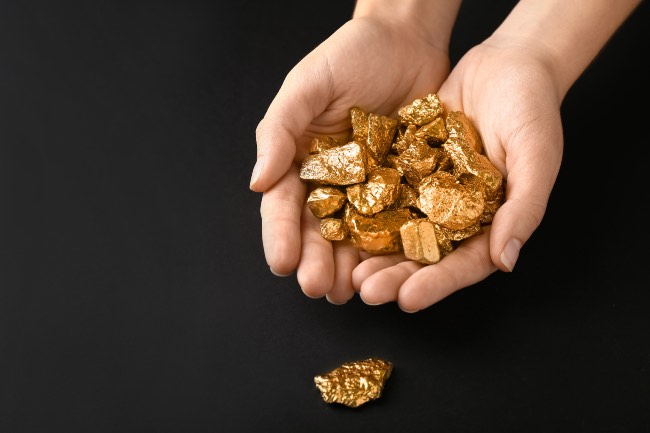 Some speculate that “nug” originated from the Gold Rush and the popularity of golden nuggets. photo credit

Cannabis nugs have made an imprint on popular culture that the Gold Rush has lost. You can find the term nug beyond the dispensary, and your circle of friends, in music over the past twenty-ish years.

A nug is a dried chunk of cannabis flower, most often of high quality, that is ready to be smoked. While it may seem simple, the truth is that many beginners often find themselves lost when it comes to cannabis slang. As many seasoned consumers know, it doesn’t take too much effort to catch on with the terminology though. So share this article with someone just getting into their cannabis journey so they’re not scratching their heads when someone is raving about the “dank nugs” they just purchased.

What are your favorite cannabis terms? Let us know in the comments!