2021 has seen a wave of states legalizing and expanding cannabis access, with each state taking its own unique stance on how cannabis delivery will be handled. Laws vary widely state-to-state, so we’ve made this guide to help break them down.

Below we’ve collected all of the states where cannabis is currently able to be purchased legally by delivery. There are numerous bad actors and illegal businesses attempting to take advantage of the legalization wave, so be sure to check the laws in your area, and ensure that the business you are using is licensed before making a purchase. We explore the topic more in our article on how to buy weed online legally using licensed services in legalized states.

To wrangle the many unique differences among these laws, we’ve broken it down by type of availability. Though some states offer both medical and recreational delivery, many do not have the same level of access between the two. Further complicating matters, numerous states have passed laws that will eventually allow for delivery but have not yet been implemented. Proposed or anticipated states are collected in a separate list below. For more information, you can also reference our full list of state-by-state delivery laws. 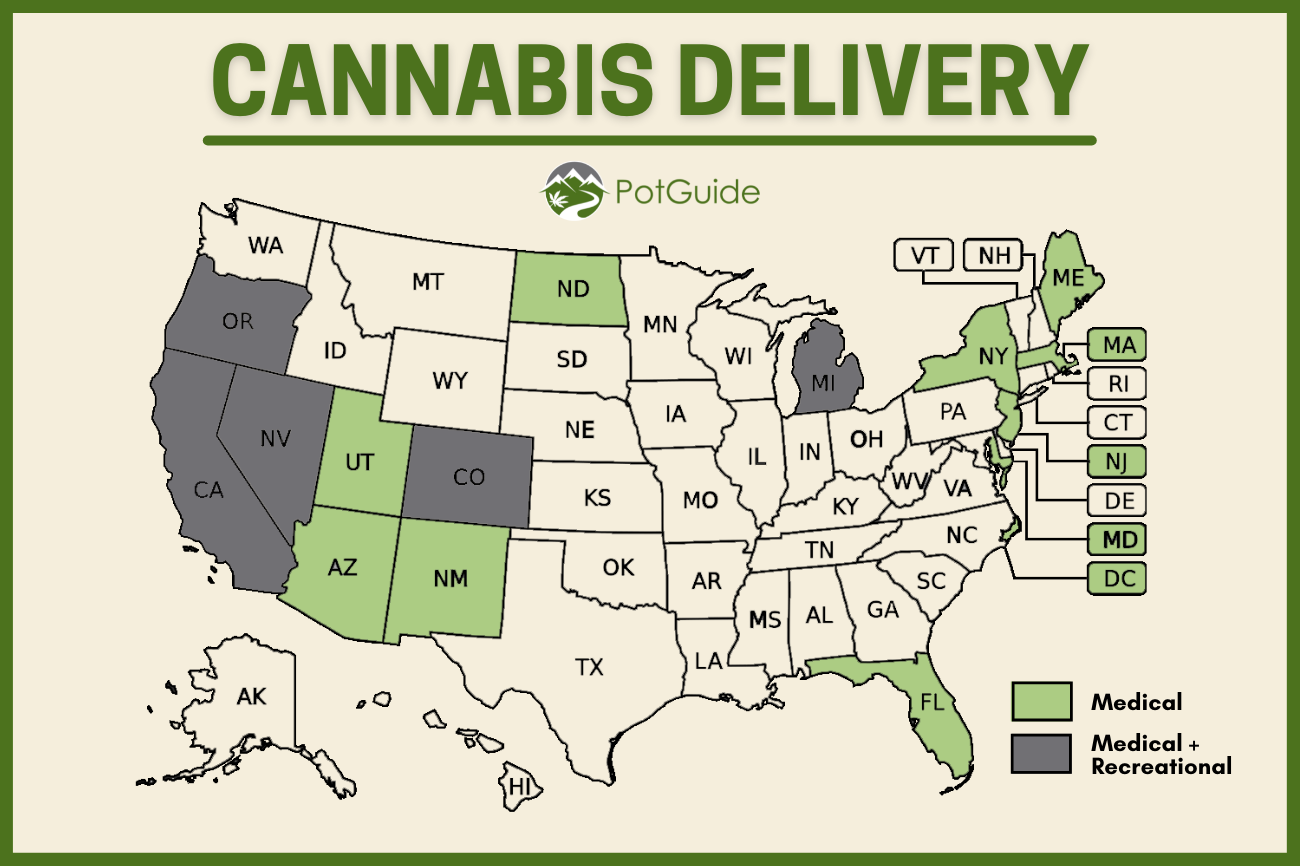 *Though the state of Colorado has allowed for delivery to be implemented, currently it is only available in Boulder and Denver.

Recreational cannabis delivery is currently rare in legalized states, with only California having a widely available system. Though delivery is available in some other legal states, it is often limited due to the fact that cities and townships in those states have to opt-in to allow delivery and issue licenses, and few have. In other states, access has been granted only temporarily in response to the COVID-19 epidemic.

It is currently unclear if and when COVID provisions in Michigan and Nevada will be lifted. Some states have made other temporary guidelines permanent, as was the case in Pennsylvania, where both extended patient allotment periods and curbside pickup were made into law after they were expanded temporarily for COVID. Though the state didn’t allow for delivery during the pandemic, it is possible states that did may make a similar transition to permanent regulations.

With Aurora kicking off recreational cannabis delivery, expansion is sure to happen quickly. Denver recently granted its first delivery licenses, and more are expected as the year progresses. Give it time, it will ripple out through the state as the larger cities adopt.

Many states have plans for delivery in their legalization laws, but are yet to implement them, or implementation is just starting. Let’s take a look at states with delivery on the horizon.

All of these newly legalized states have included delivery in their allowable retail methods, however, their cannabis markets are not yet established, licenses are yet to be distributed, and thus services are not yet available. 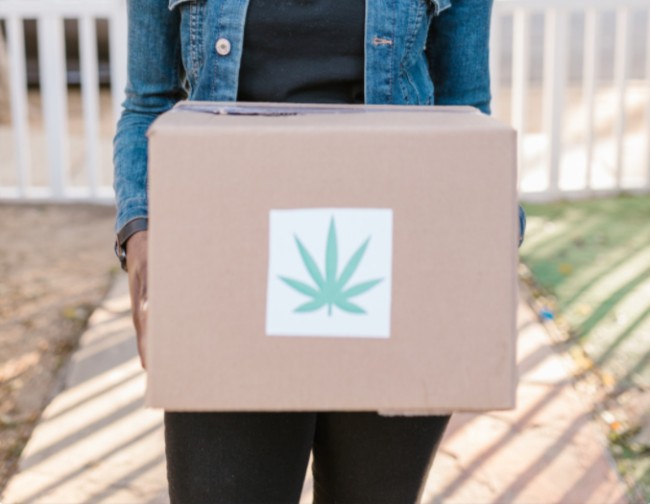 Some states have legalized cannabis delivery, however, it has not yet been implemented. photo credit

Arizona will have to wait until 2023 to even begin to implement recreational delivery, as is outlined in their legislation, but must have rules established by 2025. The move is likely intended to give brick-and-mortar rec dispensaries some time to establish themselves first.

Connecticut’s new legalization legislation lists that delivery falls under the jurisdiction of The Department of Consumer Protection (which will be in charge of other cannabis regulations in the state as well). However, it is unclear if that wording is directly meant to imply that delivery will be coming to Connecticut; the issue is not addressed elsewhere in the legislation. There’s a possibility that the phrasing was included as a catch-all for future additions to the state’s cannabis guidelines, but no firm plans or further details are available at this time.

South Dakota’s newly passed cannabis regulations seem to imply that delivery will be permitted at some point, but further rules have not yet been established. For now, the timeline for implementing has not been set, and medical delivery is not available.

DC is notorious for its many “gray-market” cannabis delivery services, which claim to be able to legally operate using a loophole in the DC marijuana laws that allow for “gifting” of up to one ounce from one person to another. Most states with legalized recreational possession and consumption laws have a similar provision, ideally in order to make it legal to give cannabis to a friend, or offer it to a guest in one’s home without counting as illegal distribution of marijuana. 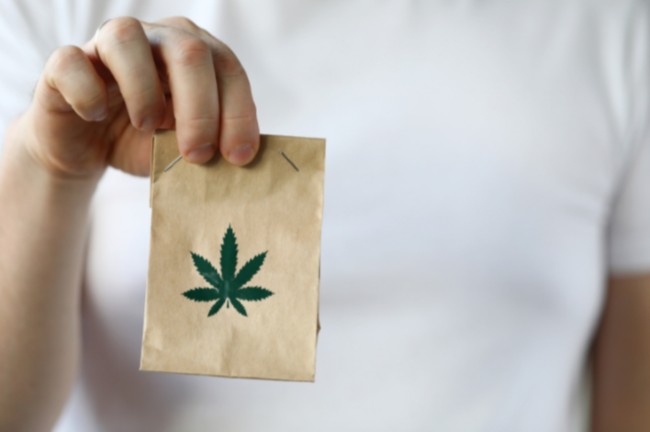 In DC, such services charge for some other item, like a sticker, candle, or snack, or collect money as a “donation” and then give the cannabis as an ancillary “gift.” District authorities have been explicit that they do not see this argument as legal protection in any way, and people have indeed faced criminal charges for operating such businesses.

While delivery access is often regarded as a simple convenience, it can be vital to medical patients and those with limited mobility and is also safer for customers and cannabis businesses. As cannabis reform continues, check back for more dispensary updates and information from PotGuide.

Have you ever used cannabis delivery? Tell us about your experience!